Why my PD wiki failed

Those of you who have followed my blog for a while may remember me posting about a professional development wiki for the teachers at my school that I was trying to get off the ground this time last year. The idea initially came to me after last summer’s RSCON event as I was thinking how to share what I had learned. I thought a wiki would be an ideal way to introduce new web 2.0 tools to my colleagues whilst also creating an archive of lesson ideas and screencasted presentations to be accessed and viewed in the teacher’s own time.

Alas, one year on the website (The TED Teachers’ Network) is unused and hasn’t been added to or accessed for a long time. To be honest, I had forgotten about it until I saw a post on Martin Warter’s blog about a similar problem he had had with his school’s wiki for teachers. That got me thinking about why my attempt had failed - I think reflection of this kind is just as valuable as reflecting on what worked well, if not more so - and here’s what I came up with: 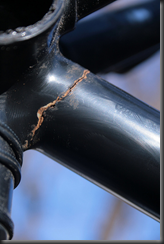 A broken network is no network at all - Image by evershedm

My first barrier came early on as I tried to explain the concept to fellow teachers and heads of department. It is easy to forget sometimes that not everybody is ‘computer literate’, both in the sense of not being familiar with various programmes and websites and also in the sense of not being familiar with the terminology. Some people had obviously never heard of a wiki before (even though one is used as part of the English programme in the 5th grades) and found the concept of editing pages and adding content difficult to get to grips with.

There was also some confusion over the distinction between a wiki and a blog, with many colleagues thinking the wiki page was a blog. Even after I had explained the distinction, the director of the school also informed me that such a website was unnecessary because a school blog already existed. Investigation revealed it did indeed exist but that was it and nobody knew about it - what’s the point of that?

Once the misunderstandings were cleared up, the idea then suffered from a series of delays as ‘permission’ was required from various people in the school administration. At each stage, it would have to be explained all over again and it took months to get the official thumbs up when I expected it would take days.

In the meantime, everybody else forgot about it and my ideas to have a couple of workshop sessions to introduce the wiki and how it works fell to the wayside. By the time permission came, it felt like I was back to the beginning in terms of explaining the concept to my colleagues and trying to get them on-board.

This was the real killer. We were into November by the time the green light was finally given and,  with everyone into the full swing of Semester 1, nobody was really keen on attending any introductory sessions. Instead, I just set up accounts for everyone and screencasted a video on how to use the wiki. However, I soon noticed that several people never even confirmed their accounts or logged on once but never bothered again.

I continued to add new content for a while knowing that an email notification would go to everyone when edits were made or new pages were created, thinking that would get their attention. Unbelievably, I actually started to get complaints from my colleagues that the pbworks updates were flooding their inboxes. Particularly disheartening was when somebody asked me for help editing the settings on their account - it turned out they were only interested in disabling the email notifications…..

A few colleagues did view the wiki and a couple even added content but it was not working as I expected. One teacher came to me and asked where the downloadable materials were. When I explained the point of the wiki was to share lesson ideas and pool our collective resources, I was greeted with a funny look. “You mean we are supposed to add content?” was the puzzled question.

And that’s when I gave up…. I guess the truth is that rather than an alternative to weekend seminar days, some people would rather just not have any professional development. Perhaps my idea was too big and ambitious as well. Next time, I’ll go for something smaller…

Still, it was a good experience in that I got to learn how to use pbworks, make screencasts and embed various objects. My pages on Wordle and Quiz Generators are worth keeping online and I may reuse them in some other future project.