All part of the (yearly) plan, more or less…

Although it’s still a couple of weeks until kids in Turkey are sent back to school (for the first time in 3 months!!), I will be back to work on Monday as our preparation period for the year ahead begins. That preparation will (in theory at least) be centered around a new yearly plan that was drafted back in June at the end of the last school year. I, together with my 4th grade ‘conversation’ colleagues, was asked to do the drafting - an experience which from my point of view highlighted many of the failings of the pre-prepared textbook-based syllabus. 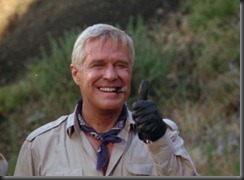 “I love it when a plan comes together…”

We were informed that a new ‘standardised plan’ would have to be used as a template, a standardised plan to be adopted by all the different year groups in every English department of every branch of the school I work for up and down the country. Any such sweeping standardisation is likely to be full of standard problems and difficulties and this was no exception. The school I work for has over 20 branches in different cities across the country and each one offers varying contact hours in the different year groups, depending on the number of English teachers and the size of the school, which also means very different programmes. Whereas one school may have a few hours a week with one coursebook used, another (mine for example) may have triple the hours with more than one coursebook and supplementary materials such as readers and project work. And yet, no matter if we teach 4 hours a week or 12, use one book or several, it all had to be fitted into the same template…

And so, we were handed a sample plan from another school to look at and a blank version to fill in. The whole thing was of course constructed around the idea of a book being used for the entire year with the first column titled ‘Topic’ in which we were instructed to write the title of the relevant unit. So far, so simple (if not particularly in line with my ‘emergent’ thoughts about what teaching and learning should be) but then the confusion began… The next column was named ‘aims’ followed by one labelled ‘objectives’. OK, now perhaps I’m not that well-versed in exploring subtle differences between synonyms but don’t those two words mean the same thing? The ‘objectives’ were broken down into the classic 4 skills (because of course, we should have regulated practice of each in every unit, shouldn’t we?) but for some reason the aims were not…. (I’m conscious of the fact that I’m ending lots of sentences with …. here but …. well, you know ….

And then for the parts to really make the collective skin of all the dogmeists out there crawl - sections for ‘structures’ and ‘vocabulary’ to be covered in each unit. Even if I place a project not featured in the coursebook into a ‘slot’ in the syllabus, target structures and vocab have to be identified and written down… That really got me thinking about the nature of emergent language - how can we decide months in advance what the language used is to be? How can we predict/dictate the words that are to be used? More than ever, I believe that this has to come from the learner and the class, nowhere else.

Next up, my favourite column - ‘Methods & Techniques’. Yep, that’s right…. We are also to decide in advance which methods and techniques all of the teachers in that particular year group are to use. To make it even better, this part was already filled in and we were advised to leave it as it was. For each ‘topic’, the following was written:

Let’s start with ‘Eclectic Method’ (not even principled!) Is ‘eclectic’ even a method? Well, I suppose it at least allows for teachers to pretty much use whichever method they wish - “just being eclectic” is all we need to say!

And how exactly do ‘repetition’ and ‘dictation' fit in with a ‘communicative approach’? Are we really expected to do dictation every unit as well?

In the end, we just stormed through, got the columns filled in and the stamp of approval. That was the only way I could see to make it work - do what is officially required for the files and those fine folks in admin but when the classroom door is closed, forget about and let the real learning emerge….

One small victory - the programme I work on is now no longer called ‘conversation’ (which it really isn’t what with the prep for Cambridge exams, readers and writing practice). It shall now be known as the ‘language skills development’ programme and will complement the ‘grammar’ programme (which retains its old name….)

So, anyway, if somebody asks what’s going on, I’ll say I’m being eclectic…. And I’ll hope they haven’t read this particular post!