Google+: What does it add?

Having been on Google+ for a couple of months now, I decided it was time to take stock of what, if anything, it has added to my online personal learning network and professional development experience. I’ve never been a fan of Facebook (although it has an annoying habit of popping up and joining the dots in all aspects of my personal, social and professional life) and Twitter seems to have become a bit ‘routine’ (and more difficult to manage) after the initial PD explosion so I approached Google+ with an open mind ready to see what it could add. The short answer is… not much. 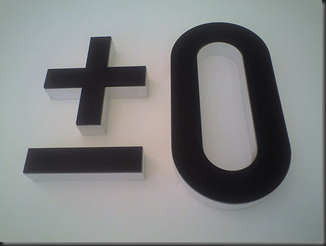 About what my Google+ experience has amounted too - image by hgc

It all started out well…

At first, I was attracted by the idea of circles. Facebook had become a bit messy with a mix of family, friends and acquaintances (I know there are lists but I could never be bothered with setting them up) and my Twitter stream had become quite difficult to manage as the number of people I followed increased (and I again never got round to updating any lists. Google+’s circles seemed to offer an ideal situation - different circles for family, friends, colleagues etc. and even circles within those circles for people closer to me or people in different sectors of education.

However, that was just the ideal and it didn’t really work out that way. First of all, hardly any family or friends were using Google+ so there was nobody I could add to those circles. The people I connected to were just members of my PLN from Twitter. I then tried putting them into circles but it felt too much like labelling. ‘Should I put this person in EdTech or general ELT? Or both? Do I need to make a dogme circle?’ - these were all questions I started to ask myself until I decided just not to bother. One of the great things about connecting to educators through Twitter is that I’ve learned a lot from sharing and discussing with people from all walks of ELT and education. Break them down into separate groups and it feels as though something is lost….

And so, I ended up with just a couple of circles for ELT and Education. That was fine at first but then I started to get déja vu - I was seeing the same blog posts and website links appearing on Twitter, Facebook and then Google+ as well (with many of those also appearing in my RSS reader)! My own posts there were being +1’ed by the same people who were re-tweeting or pressing the ‘like’ button on Facebook. That’s why I gave up - Google+ may have a different look, a different feel and a different approach but it didn’t offer me anything different content-wise or contact-wise. Just like we say thinking ‘wow! That looks cool!’ or ‘this is new!’ isn’t enough when it comes to technology in the classroom, we also need to look a little deeper when it comes to our PLNs and social networking.

So, for now, Twitter (and I guess FB) are enough. Perhaps if (and it’s a big if) more people start to use Google+, then I could really make use of it as a way to bring all different aspects of my online life together while also keeping them apart. Until that happens, it will remain at +0.