September 18, 2011
“5 years almost exclusively with native speakers and our students can not speak English well enough!”

This was the central focus of a meeting at work the other day - why are our students reluctant/unable to speak? They have an extensive English programme starting in kindergarten and continuing throughout their time in Primary school with native speakers either as their sole teacher or their ‘conversation’ teacher. However, when it comes to middle school and high school with oral proficiency exams, debate clubs etc., they are found wanting in their communicative skills. 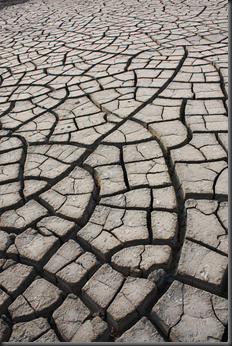 Gaps - waiting to be filled or best left to grow? Image by Cr4nberry

Now, of course, there is a whole other debate about whether starting to learn a foreign language at pre-school age is beneficial in the long-run, not to mention the whole native/non-native speaker arguments. There are also unrealistic expectations from the parents to deal with (such as when I see one of my students out and about during the weekend and their mother and father say “Go on then - say something in English” and then frown as the child clams up). It should also not be forgotten that there are many success stories - many times over the last few years, I have engaged in conversations lasting 20-30 minutes with 3rd graders with no communication problems whatsoever.

However, I have also wondered many times why that success rate is not higher and what holds some kids back from developing their speaking skills and fluency. Various explanations were offered in the meeting - large class sizes, mixed-ability groups, lack of discipline, too much focus on written exams - along with suggestions of how to engage students more - drama activities, poster projects, lunchtime cross-curricular clubs - but the over-riding factor seemed to be lack of time. “Our syllabus is jam-packed already” and “we have so much material to cover” were phrases said repeatedly.

I had two thoughts during the meeting - first that the obvious solution to an over-loaded syllabus was to remove a couple of components, thus allowing for more time to be devoted to creative use of English and speaking practice, and secondly that ‘conversation’ will always be limited as long as the syllabus dictates that past simple can’t be learnt until these kids are nearing the end of 4th grade - over 5 years after most of them began learning English!

That evening, I decided to walk the last part of my journey home instead of the usual taxi-share and I was still pondering the problem. The walk and the air (I won’t say ‘fresh’ as I was walking along a busy road at the start of rush hour!) helped clear my head and get me thinking straight. A huge part of the problem stems from the over-reliance on materials, whether published or produced in-house: Whenever English hours are increased in a particular grade, the automatic reaction seems to be “let’s choose another book or reader then”; hand-outs are rolled out production-line style for ‘conversation’ classes; grammar and vocabulary practice activities fill up the English website. These kids are spending their English learning time filling gaps on worksheets and then we act surprised when they can’t speak very fluently!

Then I remembered a point Luke Meddings made in his ‘Six Sketches’ talk at ISTEK last April (I never take notes during talks as I believe that a really useful or profound idea will stick in my head and this was one of those). He showed us a painting of a coastal scene (I forget the title and the artist - a consequence of not taking notes I guess!) and told us the artist had used only a few tones of brown and blue (I think) and yet there was a white house visible near the sea. Luke told us the artist had created that part of the image by using no colours at all - he had just left some space on the canvas. However, without that space, the painting would not have been that striking at all.

And so it came to me - instead of trying to ‘fill gaps’ (whether on a worksheet or in our learners’ knowledge) all the time, we should be leaving some space, space in which our learners can explore, grow and develop. With no space, we run the risk that they feel pressured, closed in, claustrophobic even. And this is where dogme ELT has its great strength - instead of cramming the gaps with paper, it opens the space and lets the learners loose in it.

So let me finish with an example of one of the ways I let the learners explore the space rather than fill the gap. Take the classic information gap activity - students are divided into ‘A’ and ‘B’ and given incomplete sets of information. They have to pair up and ask each other questions to complete their copy of the worksheet. This may be information about a person, a place or a product but usually it’s all set our for them. They just think of the questions and write down the answers. This is called ‘communicative’ as there is a purpose to the activity but ask my students and they will tell you it’s just boring. The activity is quickly forgotten and the ‘A’ and ‘B’ worksheets may be found under the desk, on the floor or in the bin at the end of class.

After being introduced to teaching unplugged, my approach changed. My students instead start with a blank page in their notebook. They draw a person (or monster, alien, whatever character they wish) and then create a profile for him/her/it. I then put them into small groups and they ask each other about the characters they created and recreate their partners’ profiles in their own notebooks. We may even recreate the pictures as well by listening to a description and trying to draw it as accurately as possible. Essentially the activity is the same but the content is entirely student-generated, the level or personalisation is high and the student engagement is through the roof! The activity is a lot less controlled but a lot more language (spoken and written) is produced.

So I think the answer to the communication problem I described at the start of the post is simple - leave some space…. and watch our students grow!
communication coursebooks creativity dogme elt gap-fills lesson ideas speaking activities syllabus teaching unplugged worksheets young_learners