My last post focused on the things we did in class in the last few lessons of the school year but today’s offering focuses on what is often the hardest part of working with kids: saying goodbye. 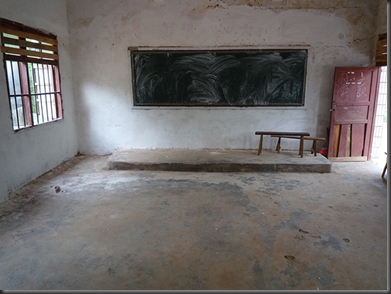 The sounds of silence… - Image by To Ga Wanderings

In effect, there were no lessons last Friday. Trying to do any would have been a waste of time anyway as even the hardest-working of students had completely shut down and many of them literally just came into school with their parents to pick up report cards and clear out lockers.

With the kids who were in class, I had the pleasure of just hanging out with them. Some had brought in games, some were reading books and some were passing the time on PSPs or iPhones. One girl had received a Samsung Galaxy Tab as a karne hediyesi (good report card present) so I showed her how to use it and transferred some games and apps over via Bluetooth. She produced a late contender for my favourite memory of the year as she proclaimed to her friends “Wow! Mr David has got so much to teach me!” to which one of her friends replied “Isn’t that his job?”. She very matter-of-factly said “but this is really useful stuff!”

I spent the rest of the time circulating and chatting to the kids about their holiday plans and about the school year. It was nice to just talk to them without any aims or thoughts about what kind of activity we could move onto based on what they were saying.

I’m not one who has a problem with kids playing computer games but one thing that has annoyed me in the past is when they don’t even look up from their portable consoles when the lesson is over and I’m saying goodbye. To counteract that this year, I spent the last few minutes in each class going round saying goodbye to each child individually. I was pleasantly surprised by the reaction as I got plenty of rib-cracking hugs, pleas for me to return as their teacher in 5th grade and even attempts to stop me from leaving the room. I’ve never had that level of reaction before even when saying goodbye to students I had many more contact hours per week with. I think the individual touch made the difference.

While working with kids can be frustrating and stressful at times, moments like these make it all worthwhile. It’s the memories of spending time with them and chatting with them last Friday that will stay longer than any others, for me at least!