Caught in a trap - grades, motivation, holidays & the exam-driven system

June 11, 2011
On the way to work, there is a bank of recently installed speed traps suspended above the 4-lane highway. In Turkey, such a wide road is an invitation to floor the acceleration pedal and it used to be common to see cars, trucks and even public transportation flying along at speeds of 100 km/h and above. As this is a road used by a large number of school buses each day (shockingly also guilty of such routine speeding), the speed traps were a welcome deterrent, with drivers soon forced to slow down once the speeding tickets started to arrive in the mail. 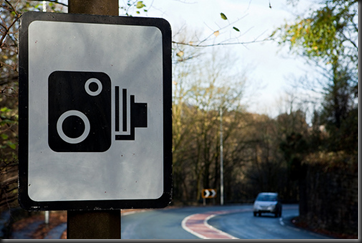 Image by t0msk
Alas, the speed traps have only had limited success. You see, they were only installed in one place and so everyone now carefully stays within the official speed limit (70 km/h) starting about 150 metres before they get to the cameras but as soon as they pass them, it’s flat out on the accelerator again and the speed limit is ignored.

Whilst looking out of the window/tightly gripping onto the seat in front for balance on the teachers’ bus going to work this week, this sight of the traffic slowing down to observe the rules of the road for 30 seconds got me thinking of Aisha Ertuğrul’s recent post of Ken Wilson’s blog and the subsequent comments about the education system in Turkey. Large classes and a ‘sweep it under the carpet’ attitude to behaviour and discipline problems mean many kids do as they please in class with no fear of the consequences because there aren’t any. The only thing that keeps these kids in check are tests (speed traps) and report cards (speeding tickets). And so, like the cars on the road, they only worry about sticking to the rules when tests are coming up or final grades are about to be given.

The problem is, there are so many tests that even at Primary school level that is all the students (and their parents) care about. If they can go home and say they got 90% in the exam, it won’t matter that the teacher has called to say no homework has been handed in for weeks or books are always left at home or that there have been fights in class.

This has been a real struggle for me this year, my first year teaching ‘conversation and skills’ for four hours a week with each class. As the ‘grammar’ teacher was giving the tests, that was the lesson they cared about and mine (in the eyes of a few children at least) was like free time. Although I was against it in the beginning, it was only when the decision was made that they would receive and grade from me to be included on the report card that those kids started to take my lessons more seriously.

So, in a way, the grades motivate them to try a little harder and actually complete the tasks and projects I ask them to do, which is a good thing, right? Only, it causes a whole series of other problems, the main of which I’m experiencing now. With the holidays just a week away, the kids know that the grades have been handed in, the last exam has been done and the last performance in front of their parents has been made. As a result, last Monday I had several students in one class say they hadn’t got their notebooks or any other materials.Why? “Because exams are finished, teacher” they said.

On top of that, a lot of kids have been absent this week and many more will be absent next week. They take the view that the school year is pretty much over so why bother going to school? And their parents agree and let them stay at home! Of those kids who do come, their motivation to do anything resembling work is very low. “Game, game! Please teacher! Game!” are the words I heard at the start of virtually every class last week. Essentially, the last two weeks of school every year is wasted in this way. And that’s with a summer holiday that is already 3 months long.

The other problem with ‘slowing down just for the speed traps’ is that is often happens too late. Even though it is not compulsory, one of my tasks in class this year was to prepare the students to take the Cambridge Movers Test. That test took place this morning and last Monday I had kids who had consistently ‘forgotten’ their books and not completed the prep tasks all year suddenly ask me for help to get ready, the panic and stress evident in their voices and body language only serving to further my belief that this is not the age to be testing them.

So, what can be done? Not a lot without change from the top I’m afraid. This is the system in Turkey and these kids will be taking exams for the rest of their lives, to get into to university, to get jobs, to keep jobs… I just wish a school, any school (preferably my school!) would force change and scrap exams for younger kids, changing the system from the bottom up. Maybe then we would see more children motivated to learn for learning’s sake rather than to pass a test.

Oh and (I’m sure most of my colleagues would disagree with me on this one but…) make the summer holidays shorter as well! 3 months is a ridiculously long time to be away from school. A shorter summer break and more holidays throughout the year would serve kids and teachers alike much better!
assessment classroom management discipline exam prep exams holidays motivation