Last Friday marked the start of the summer holidays for schools across Turkey with kids now facing a 3 month stretch with no school until they return in mid-September (no such luck for us teachers though as our ‘seminar period’ now begins). As I mentioned in a recent post, one problem that stems from the exam-driven system here is that once all the tests are done, the kids lose all willingness to work and motivating them to do anything is a struggle. This post may come too late for teachers in Turkey but I thought I’d share some of the activities we did in my classes anyway in case those of you elsewhere with the last week of school still to come need them. 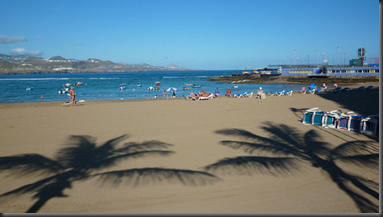 Where their minds were this past week! Image by @aClilToClimb via eltpics

“Game! Please, teacher - game!” was the first thing I heard when entering classrooms last week (and the week before come to think of it). While I was happy to oblige, most word games are really just filler activities with a lifespan of 5-15 minutes so it was necessary to have a few ideas up my sleeve.

Actually, rather than up my sleeve, I had a few ideas on my blog as I revisited ‘Dogme Games - Just Unplug & Play’ and recycled some games we had played earlier in the year. If you click on the link to that post, you’ll also find links to more game ideas at the end and in the comments.

I also pinched a couple of ideas Nick Jaworski shared recently on his blog: ‘Bonk!’, which I adapted to ‘Angry Words’ due to the fact I was using a soft toy based on a popular mobile platform game about irate avian creatures, and ‘Vocabulary Tennis’, both of which were big hits.

Make you own quiz

Quiz time is always a hit just before the holidays. I find students enjoy being put to the test with either general knowledge questions or questions based on topics previously covered in class. Last year, I discovered a game generator called Fling the Teacher and used it to make a multi-choice quiz (see this post and screencast by David Duebelbeiss for more information). The kids loved it and I wanted to use again this year.

But, making the quizzes is time-consuming and they are often over very quickly so I decided I would be lazy instead of my students! I asked them to get into groups and write multi-choice questions to go in the quiz. We chose a theme (general knowledge, capital cities, sports and our recently finished reader The Wrong Trousers were popular choices), they wrote the questions on Post-Its, brought them to me at the front of the class and I typed them up on the computer. The next lesson, they then played the quiz of their own making and tried out some from my other classes too.

Some colleagues of mine were bemoaning the fact that the kids were no longer even feigning interest in regular lessons. “They don’t want to do the last unit” was one complaint. “They all say their books are at home” was another. I got the usual funny looks when I pointed out that if they didn’t have a coursebook at all, that wouldn’t be a problem.

However, games aside, one actual lesson I managed to do with no complaints from students and plenty of creative language use was lifted from the pages of Teaching Unplugged. As the kids minds were on their holidays with much discussion over where they were planning/hoping to go, I decided it was the perfect time to use the activity ‘Real’ world (pp. 50). We cleared a space in the middle of the class (always a bit chaotic with kids but necessary) to act as our ‘map’, identified north, south, east and west and marked Ankara and a couple of other well-known locations with small objects (depending on where the students in the group were going, the space either represented Turkey, Europe or the world). Rather than stand somewhere representing where they would like to visit, the students stood on spots marking where they were actually going.

They then asked each other yes/no questions to work out exactly ‘where’ they were standing. I was by the board at this point (or the ‘North Pole’ as one class put it) writing up prompts for questions they were struggling with. They came out with all sorts of questions (Are you near…?, Can you see….?, Is it hot? Are you staying in a hotel?) and really enjoyed it. With one class, we even had time to adapt another idea from the same book, Destination Unknown (pp. 51) as I had the students write short messages to each other from their locations describing their holidays (so in our case, it was Destination Known!)

Yes, that’s right - writing in the last week of school!!! If ever proof was needed that dogme is the way to go, I think this is it!