Lessons on the Fly - Working with Texts (Post-Workshop Round-up, Part 2)

Amongst the more difficult parts of the Cambridge YLE tests to prepare students for without the use of pre-prepared materials are the reading texts. Going into to class with a blank piece of paper and generating a picture is fairly simple as is developing a speaking activity, sentence writing activity or short story to go with it. However, going into class with a blank piece of paper and getting your young learners to generate a text is not so simple, especially not when the test features cloze tests and sentence summary activities…

I have a couple of ideas that I have used in class to address this but I deliberately waited until after my recent workshop to blog about this. Why? Because there’s always something to learn and I wanted to see what ideas the participants would come up with. 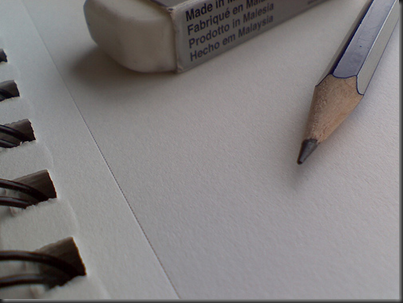 Space… waiting to be filled with words - Image by shawncampbell

First of all, my idea used in class last week…

I have already posted about how I got my students to write short stories to go with their snow pictures and how we adapted them to match the style of one of the exam questions. Well, why stop there? Just as we brought the original pictures back for another round of lessons, I also decided to bring the stories back the following week with a dictogloss activity.

In case you are unfamiliar with the idea, dictogloss is like a dictation but instead of the students writing as the teacher reads out the text, the students just listen or take brief notes. After two or three readings, they then collaborate to try to reconstruct the text from their memory and their notes (you can also see my previous post on using dictogloss, this belter of a post from Jason Renshaw, this neat summary with a video example from Willy Cardoso and or this ‘close up’ view of a lesson by Ceri Jones).

Dictogloss can be done with short texts (or extracts from longer ones) previously read in class or it can be done with the students’ own stories - a sure fire way to get their attention! In each of my classes, I chose a text that had been written the previous week and read it out to the students, first asking if they remembered who wrote it and which picture it went with. I then read it again and asked them to take notes before getting them to reconstruct the whole thing.

How does dictogloss help? Well, it gets the students to really focus on the parts of the language that pull a text together. The cloze tests in the Flyers tests (one with a choice of three words for each gap and one with no words given) often ask the students to insert conjunctions, time markers, prepositions and articles into the text. While some of these can be easily explained to a 10 year-old (such as the difference between go to… and come from…) but others are more abstract concepts such as why we say at home and in the house. These are things they just have to know through repeated exposure to the language. Dictogloss is a great way to do that because, as Willy stated in the post I referenced above, in addition to the listening and writing aspects of the lesson, the students have to activate their knowledge of lexis and grammar to complete the task, which will stand then in good stead for any gap-fill.

One pair of ladies in my session (apologies but I never got the chance to find out their names!) liked my idea of looking outside and brainstorming vocabulary as the basis of a drawing activity but they thought that with their slightly older learners, they might instead use this as the lead-in to a writing activity. They suggested asking students to collaborate in small groups on stories before exchanging them with other groups for peer feedback and correction. Once their stories were returned and edited to their satisfaction, they could remove a number of words and create their own cloze test (with options either given or not given). These texts could then be used in class to test other groups and beyond the class in the form of online cloze tests generated with Hot Potatoes or something similar.

One of my colleagues from Ankara who was in attendance seemed to like my idea of viewing the classroom as a space to be utilised and explored and had this great idea to get the whole class involved in each other’s texts. Each group drafts a story before passing it on to another group for peer feedback (at which point the teacher can make a suggestion or two as well). The text is then re-written with the suggestions and edits taken into account before being passed on to a different group. Their task is to read through the story and write questions based on it (these could be in the form of incomplete summary sentences as featured in the Movers and Flyers tests). The text and questions are then passed onto another group who attempt to answer them.

Thanks to Lale İçli for this idea.

Some of the texts in the Cambridge YLE tests are factual rather than story based. One suggested way of producing such a text in class was to choose an animal that had recently been featured in class (a bat was the example in the session) and brainstorm/ look up information about it. These notes would then form the basis of a text which would be produced by whole class guided by the teacher and written up on the board. The options would then be to remove words before asking the students to copy the whole thing into their notebooks (adding in the erased words from memory) or ask the students to write 4 or 5 sentences as a summary of the main points in the text.

Just because we are not bringing new texts into the classroom, it doesn’t mean we can’t make use of the texts that are already there, does it? One suggestion was that we could choose a text from the book used in the regular, non-exam prep English lessons and choose a few words to remove. Without showing the text to the students, we tell them what kind of words are needed to fill the gaps (colour, item of clothing, action, etc. or, in a slightly different way adjective, plural noun, verb, etc.) We then read the text to the class with their suggested words inserted, likely resulting in a bit of a crazy text! After hearing the whole text, they can suggest what the original words might have been or what words would make more sense.

Thanks to my colleague Kaleen Nora for this idea.

I will be trying out some of these ideas in class soon. In the meantime, if you have any other ideas about getting students to generate texts and possible follow-up activities to do post-writing, please share via the comments box.