February 08, 2012
It was 8.30pm on a slightly humid late spring evening. After an all too short tea break, students were returning to their seats and readying themselves for the final leg of a long day of work and evening classes. The teacher too was feeling the strain of the dreaded ‘split shift’ having done the morning/afternoon intensive courses and then the late evening slot as well.

Just as they were all ready to get back into reviewing the present continuous, a woman appeared at the door. “Sorry to interrupt, David,” said the DoS, for that is who she was, “but would you mind if I did that observation now? I know we said Wednesday morning but I’ve just remembered I have a meeting then.” 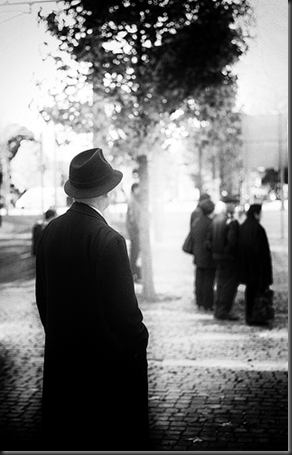 Such an ‘unexpected’ change of plans was not entirely surprising. Our director had a habit of springing surprises such as this especially when, as was the case in this instance, it was an official observation (I was nearing the end of my contract period and we had to play the game of “let’s see if you’re good enough for a contract renewal and a pay rise”). Of course, I obliged (was there any other option?) and so began an observation that would make me a cynical critic of being ‘officially’ observed, a viewpoint that survives to this day.

Back in those days (this was about ten years ago), I was still very much in PPP mode and we were about to move into ‘practice’ mode having done the ‘presentation’ before the tea break. I had various flashcards of people engaged in different activities and, after eliciting the question What is he/she doing?, the students got on with the activity and I went around monitoring. I then boarded some errors I had noted and we went through them as a class and then they got on with some workbook activities. About halfway through the session, I noticed two students grinning widely and trying hard to supress their giggles. Intrigued I asked them what was going on. One of them pointed to the DoS at the back of the class and said “What is she doing?” to which his partner replied “She is sleeping!”

Sure enough, my observer was sat with her eyes closed and her head gently nodding forwards. “Oh dear!” I exclaimed, “Is my lesson really this boring?” (to be fair, it probably was!) which drew laughter from the whole class. At that point the DoS opened her eyes, smiled and then pretended to write something on her notepad (the page was clearly blank). We then got on with the lesson, moving into ‘production’ mode (probably a what is your husband/wife/family doing now? activity) while my boss dozed at the back of the class.

When the lesson was over, she said we would talk about the lesson when I had a break in my schedule the next day and off she went. When the feedback session came, I was curious to know what she had observed exactly through her slumber! The first thing she said was “you obviously have a good rapport with the class” referring, I assumed, to the little burst of laughter that had stirred her briefly from her sleep. “But the lesson was a little dry” she went on.

“What do you mean?” I enquired.

“It could have done with some visuals” she said. “The workbook exercises are useful of course but some pictures would have worked well for present continuous.”

“Or maybe some flashcards” I suggested, waiting to see what her reaction would be.

“Yes!” she answered. “We have plenty of those in the resource library you know.”

And so it went on. Why did I focus only on the affirmative structure? Why not negatives and interrogatives? (I did do those, while you were snoozing!) Why didn’t I wrap it up with a personalised activity? (Again, I did!) Too much time at the board - where was the monitoring and circulation? (Where was the alert observer?)

It struck me that she just had a list of standard observations to make and, no matter what, there would be a focus on what I should have done and what I failed to do. It has been the same with every observation I’ve ever had conducted by a DoS, HoD or Senior Teacher. One asks why there was no warmer, the other asks why you wasted five minutes at the start on a pointless activity. One says where were the concept questions, another asks why you kept on asking questions after every little instruction. One says your lesson was ‘dry’ (that’s an observer word I detest but that’s another rant for another post!), another says it was fun but lacking focus…. and so it goes on.

And we wonder why so many teachers are not keen on being observed! This kind of feedback, or rather the manner in which it is delivered, only serves to create an air of negativity with the observed going on the defensive. Stress, apprehension, worry and uncertainty are all feelings that seem to surface when it’s time for that ‘official’ visit to class. This is a shame as I believe observations can be a fantastic opportunity for development if handled in the right way.

My very first observation shortly after getting my first teaching job was in many ways the best one. My observer, a grumpy Scottish EFL veteran who had been assigned to be my ‘mentor’, simply went through the stages of the lesson he watched and asked me why I had decided to structure the lesson in that way and why I had chosen the activities that I did. The feedback was non-judgmental and really helped to draw out reflections in me by leaving some space for me to think.

So instead of ‘you should have done this’ isn’t it better to ask ‘why did you do what you did’? Rather than criticism and defence, shouldn’t the feedback be about reflection and realisation? And instead of imposing the observer’s view of how things should be done, wouldn’t it be better to seek to understand the teaching preferences of the observed?

Oh, and of course, isn’t it better to actually stay awake and pay attention to what’s going on rather than trotting out some standard criticisms that could be applied to virtually any teacher?

Or maybe I’m being over-dramatic. Please go ahead and share your experiences (positive and negative) of being observed and how you think it works/would work best.
communication observation professional_development reflection teachers