Listening Test? Or Learning to Spy?!?

As regular readers of this blog will know, I have had a few criticisms to make of assessment this year, both in general terms and in terms of the kind of assessment I am asked/expected to do (see Another Failure for the Exam-Based System and Testing Times if you haven’t come across them before).

My main problem with the whole system is the fact that across the globe young learners are being put under unnecessary pressure through standardised testing. Despite all the talk about formative assessment, portfolios and so on, exams are still used to dictate grades. Indeed, ‘alternative assessment’ is often something just thrown on top of the existing system rather than being used to change/replace assessment as it should (sweeping generalisation I know but certainly the case in Turkey).

(I am aware, of course, that I risk self-contradiction due to the fact that I am running a series of blog posts on getting my students ready for the Cambridge Flyers exam. I actually find the Cambridge YLE tests to be preferable to a lot of other exams out there. The main problem with them is, as mentioned above in regards to alternative assessment, they are often used in addition to existing tests (especially in-house ones) when they should, in my view, be used as replacements.) 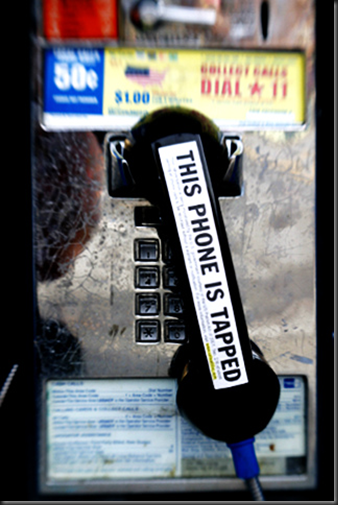 …for the purpose of creating listening test material - Image by sparktography

My main problem with the assessment I am asked to do is the listening test. First of all, it seems ridiculous that the students are given a KET listening test when they are preparing to take Flyers in the summer. Secondly, the style of the KET test strikes me as a bit old-fashioned - it’s full of radio announcements, making appointments and ‘street conversations’ between adults (that’s one good thing about Flyers listening - at least one kid is usually heard in the recording). It reminds me very much of the kind of listening tests I used to have when learning French at school - very much under the assumption that the person taking the test will visit a country where the foreign language is spoken. I thought we had moved past that point now (especially in English) and accepted that most non-native speakers of English will spend their ‘English lives’ interacting with other non-native speakers. Why then does the ‘listen to John talking to the chemist about his sore finger’ exam question still exist?

While thinking about the appropriacy of the contexts used for these test questions, another inadequacy was brought to my attention by one of students. We had just finished a test in which one of the sections featured a woman calling a music school to get information about lessons and I was collecting the papers when a particularly creative boy remarked “we are like secret agents”. Intrigued, I asked him to explain…. 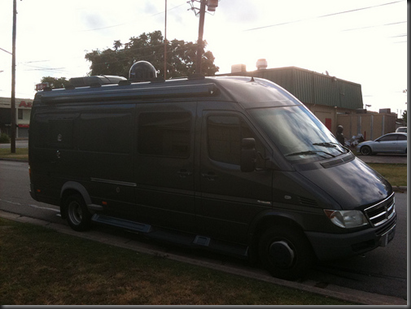 “Because we are listening secretly to other people’s telephone calls!” came the reply.

Not only did I find that incredibly funny and surprising to hear from an 11 year-old EFL student but it also struck me that it was true. With tests and textbook exercises like these, we are not really teaching our students the skill of listening - we are teaching them to gather information covertly by listening in to people in private conversation about personal issues such as illness, problems at home or plans for the weekend! We are, in fact, unwittingly training the spies of tomorrow with the top brass of the US and UK armed forces tracking those who get top marks in IELTS or TOEFL listening for potential recruitment: 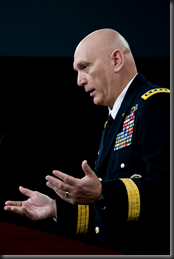 Image by Secretary of Defense

“We’ve been monitoring your progress ever since you took Starters kid - we need your skills to track a rogue agent’s phone calls….”

(Or, to look at it another way without the big brother paranoia, we are equipping future gossips and eavesdroppers with vital life skills… or training future tabloid editors!!) 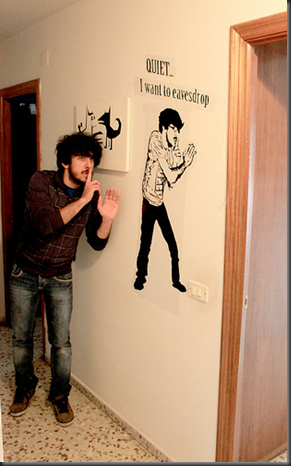 That’s one of the many ‘real world’ things that I think gets forgotten in the language classroom sometimes - listening is not an activity we do in class. It is an integral part of everyday conversation and interaction. And yet, a lot of class time is spent ‘simulating’ an experience students are only likely to have when listening to the radio (is The Archers still on?), watching TV or snooping on someone! Our time would be much better spent working on more authentic interactional experience where our students have to listen, comprehend and formulate responses/keep the conversation going.

But I guess that can’t be tested easily with an A/B/C/D answer sheet. Until that changes, our classrooms will have to remain that much more removed from reality….