Willing to share but not willing to pay for the privilege

I’ve sat on this post since yesterday as I feel quite strongly about the issue and didn’t want to rant too much. However, this is something that I feel needs to be discussed so you’ve been warned: time to ruffle some feathers! 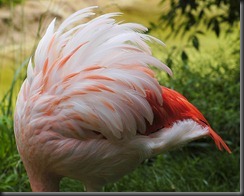 Ruffled feathers complete with head in the sand (or grass). Image by ucumari

As I mentioned previously, my experiences of blogging and tweeting over the last several months have been really enlightening and motivating. Having the opportunity to share my thoughts and benefit from the ideas of others has really helped me as a teacher and as a student. As Cecilia discussed on her blog recently, sharing is (or at least should be) an important part of every teacher’s ongoing development, whether with our immediate colleagues or with other ELT professionals we connect with online or at conferences and seminars.

Another great benefit of being active on Twitter is that I’ve heard about upcoming conferences in Turkey that I wouldn’t have known about otherwise. In the past, I’ve only ever given workshops at my school’s own conference and I was excited about the possibility of sharing and interacting with other teachers outside my usual surroundings.

I duly applied to four different upcoming events and was delighted earlier this week when one of them got in touch to say my proposal had been accepted. I was asked to confirm I would be available, which I promptly did, and was then directed to the presenters registration page. I filled in my personal details but then came to a screen asking for a fee of 75 Euros. I thought it must be an error and I had been sent the regular attendees link by mistake. However, after contacting the organisers, it turned out I was expected to pay. Admittedly, my experience of doing workshops at such events is limited to my own organisation’s conference but it had never even occurred to me that I might have to pay. After all, I’d be the one going to do something for them…

I then checked the other conferences: one is my own school’s event so nothing to worry about there; another asks for no fee for presenters and even offers free accommodation; but the third was asking for a whopping 120 Euro fee from the presenters! 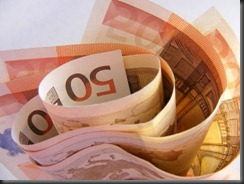 Is this enough for me to do a workshop for you? Image by Public Domain Photos

Now, I don’t expect to be paid - I am not a big name in ELT nor am I an experienced presenter at such events. Nor do I expect all expenses to be covered - my school has said they will cover any travel costs for conferences I attend outside of Ankara. Accommodation is not really an issue - I would have no problem paying for that and besides, I have friends or relatives from my wife’s family in pretty much every major Turkish city. But why should I pay to present? It’s not really the expense that’s the issue - it’s the principle. As anyone who has presented at conferences will know, planning and preparing workshops takes a lot of time and effort. On top of that, I would need to arrange time off work, possibly having to re-arrange classes for my free hours and I would be away from home for up to 3 days. Considering that commitment on my part plus the fact that I would be adding something to that particular event, I simply don’t see the logic in being asked to pay a fee.

Granted, conferences are expensive events to run - flying in plenary speakers, arranging the venue, equipment, refreshments (even then, coffee is an area where corners are obviously cut!) but surely that can be covered by non-presenting participant’s fees and sponsors. After all, what are the sponsors for if not to cover the costs of running the show and bringing the presenters in?

Perhaps I’m being somewhat naive. Is this the norm for most conferences? What about you? Do you agree with me or would you happily pay the fee even when you are giving a workshop at a conference? Are there any conference organisers out there who can explain the logic in asking people who are giving up their time for the benefit of your event to pay for the privilege? I would really love to hear from you!