Inspired by my PLN, No. 2 - First experiences with drama

January 25, 2011
I’ve been looking at ways to introduce more drama into my lessons this year and have taken inspiration from various people I’ve met through Twitter. As my classes will do an adapted performance of The Wizard of Oz, Ania Kozicka was a great help both through her guest post about serious drama with young learners on Ken Wilson’s blog and kindly showing me one of her adapted scripts as well as giving me some pointers on how to approach it. Big Ken himself has also been a great source of ideas and, if you haven’t seen it already, I strongly recommend you watch his interview with Shelly Terrell about animating lessons with drama.

The final inspiration came from Anna Musielak-Kubecka. I first heard about her through my PLN’s tweets coming out of her workshop at last November’s TESOL France event (an example to add to the recent debate on Jeremy harmer’s blog of how tweeting during a conference can be a positive thing). Her subsequent arrival on Twitter and guest posts about drama games for soldiers for Ken Wilson’s blog and drama warmers/fillers/starters for Vladka Michalkova’s blog provided the basis for the first drama activities I decided to introduce into my lessons. 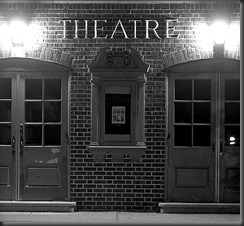 My first drama lesson centred on simply asking “how are you?” As many language teachers will know, students of English often learn “I’m fine thanks” as a standard response early on and use it automatically and I decided to play on that a bit. First, I drew nine circles on the board and asked the students to come up and draw different faces on each one. Predictably, we started with happy and sad but then they got more creative and drew scared, angry, excited and cool faces - we even got in love in one class! I then asked them to act out “how are you?” / ”I’m fine thanks” but using one of the faces. So we got one kid asking in a happy way while the other answered sadly, one kid asking angrily while another answered nervously, one kid in love while the other acted cool - and, even though the language was super simple, they absolutely loved it and asked to do it again and again.

The next phase was a combination of one of Anna’s ideas (Move in the manner of….) and a suggestion of Ken’s to get the students into character. We brainstormed some generic character types like superhero, princess, cowboy, witch and robot and I first asked the students to move about in the manner of one of the characters. We then devised a short greetings dialogue and I asked the students to move around the classroom introducing themselves and speaking to each other without breaking character. I joined in, which really got them going (I was either Super Teacher or Prince David) and once again, they didn’t want the activity to end.

The students were asked to stay in character for the remainder of the lesson as I gave a quick overview of the Wizard of Oz play we will do and how good acting will be just as important, if not more so, than good speaking skills. As the bell rang, I insisted each child said goodbye in character before leaving the class, leading to princesses curtseying, witches cackling evilly and robots shutting down (as well as puzzled looks from kids and teachers from other classes already in the corridor for break time)!

My students got two things out of this lesson: first, they realised drama can be fun and enjoyable rather than something to be worried about (in fact, many of them said it was the best lesson we’ve done all year!); and secondly, they saw how body language, facial expression and tone of voice all play an important role. After all, words are just words - it’s how we say them and the feeling behind them that give them meaning.

As well as the blog posts I’ve linked to above (and the people to follow), you should check these pages out if you are interested in incorporating some drama into your classes: