Ghost stories - Kill the myth or the creativity?

The school I work at is huge - I mean really, really huge! A sprawling campus outside the city is home to a kindergarten, primary school, middle school, high school, administration building, stadium and some 4,000+ students, teachers and other staff. 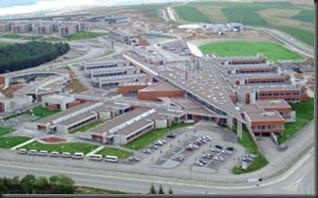 A view of the Primary School I work at - Middle and High Schools in the distance!

Inevitably with a school this size, some areas are used less than others. In fact, this year, there is an entire corridor right by the English department which is not being used at all. Despite the fact that the campus has only been in use since September 2004, some of the 4th grade kids have got it into their heads that this corridor is haunted by the ghost of a former pupil. I’m not sure to what extent they actually believe this but it has become a game/dare to creep down the corridor and look inside the empty classrooms and many a coffee break for English teachers has been disturbed by the screams of children as they reach as far as they can go before running for it.

Without a doubt, the scariest thing they are likely to face is an angry teacher barking at them to go away. “Don’t be so silly!” they are told followed by the inevitable order “It is forbidden for you to be in this corridor - stay away from here!” In many ways, it’s the classic teacher/authoritarian reaction: tell the kids not to be so childish and enforce a ban on going there or even talking about it - kill the imagination and the creativity of thought together with their self-concocted myth. 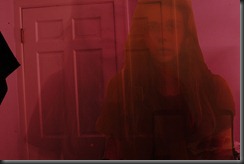 And this is where I have a problem… After all, these are primary school kids we are talking about here and a vivid imagination comes with the territory. My reaction to the whole episode would be different. Why not bring the subject up in class? (I teach some of the kids who have been daring each other to venture down the corridor). Ask them to tell the story of what exactly is down there. Talk to them about why people find empty, dark or abandoned places scary. Explain to them that ghost stories are just that - stories. Maybe even finish by getting them to draw and describe the ghost or write their own ghost story. I believe this would kill the myth but give their imaginations and creativity an outlet.

But, no - doing something like that wouldn’t address the problem I’m told. It would only make it worse by fuelling their imaginations and spreading the story to other kids who perhaps haven’t heard about it or haven’t been fully caught up in it yet...

What do you think? Better to tell them to forget about it and wait for it all to blow over? Or better to exploit the situation and let their imaginations loose?