Getting into kids’ culture

November 04, 2010
Last night’s late session in ELTchat was about the importance of teaching culture (you can find the transcript here if you missed it) and, as ever, the chat was insightful, thought-provoking and fast!

When I first came to Turkey to teach adults (seems so long ago now!), it quickly became apparent that culture, cultural differences and cultural perceptions would play a significant part in my classes. Comparing and contrasting life in Turkey with other countries was always a great source for discussion and I loved learning about the diverse nature of this country from the students as they told me about their hometowns, local culture and customs.

However, this all changed when I started to teach kids. Maybe it was partly because I’d been here for a couple of years by that point but I found that primary school learners were not so keen on telling me about their country or hometowns or learning about mine. The ‘culture’ I came across with young learners was all a product of globalisation as the kids were keenest of all to tell me about their favourite pop stars, TV shows, computer games and football players, mainly international too. Take for example my recent favourites lesson: when asking about favourite pop stars, not one Turkish star was mentioned and it was the same for TV shows and films. 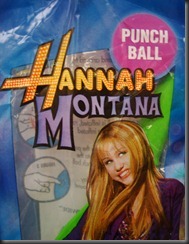 One piece of Hannah Montana merchandise that might be worth getting!
Image by zen
And so I find ‘western’ culture now dominates my lessons as discussion inevitably turns to Hannah Montana, Ben 10, WWE Smackdown and the latest DS games, all of which I am now (unfortunately) a kind of expert on. (Well, to be honest, I don’t mind the video games part so much as I am something of an addict myself and new classes are always surprised and delighted to learn I play Wii games with my son!) I guess it all comes back to adapting to and incorporating our students’ culture. In the past, that meant learning about all sorts of aspects of Turkish life. These days, it means keeping up with pop culture for kids! I firmly believe that this is a key to establishing positive connections with our classes. There’s no point in talking about something they have no interest in or are unable to relate to.

Plus, every so often, the globalised well-marketed ‘culture’ that my kids subscribe to throws up a surprise. In one class when I was asking about their favourite music I was surprised by their answers: Metallica, Queen, Aerosmith, Van Halen… (bear in mind they are only 10 years old!) How did they discover such behemoths of classic rock? Guitar Hero of course!

And to finish, a Final Rip-off as I steal an idea from a recent post on Richard Whiteside’s blog and include a Monty Python video: “One of these days, you’ll realise there’s more to life than culture!” A classic role reversal. 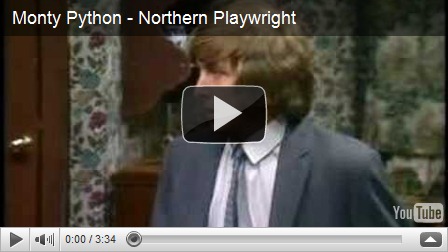