It’s now almost a week since the big conference in Manchester finished and almost a week since I managed to get an update posted onto this here blog. The delays were brought about by the sheer scale of the event with its daytime session and evening socials, my other ‘roving reporter’ commitments to the IATEFL Online website (all gathered here for your reading pleasure), a long journey home (almost 48 hours!) and being struck down by illness shortly after returning…

But, anyway, enough of that. With the conference still relatively fresh in my memory, I have decided to ‘externalise’ what I have taken away from the whole event through a few posts on themes that arose from the talks I attended. Having already looked at assessment (though not including the ELTJ debate, which I did not attend) and teacher training, it’s time to focus the lens on language learning through video. 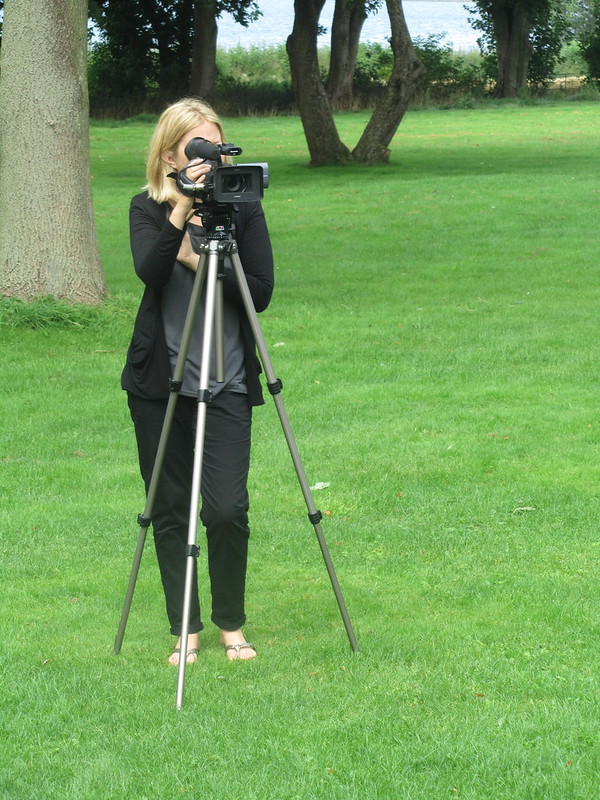 Image by @sandymillin via #eltpics

I attended three talks/workshops on the subject of video at IATEFL – Mike Harrison’s look at using Vine to create short form videos in the classroom, Jamie Keddie’s talk on putting video cameras in the hands of learners, and Kieran Donaghy and Anna Whitcher’s Video Manifesto for Language Learning.

I have already reviewed Mike’s talk on the IATEFL website (see here) as well as Jamie’s talk (here) and if that isn’t enough for you, Mr Keddie has also shared his entire talk on YouTube.

I thought that using Vines would appeal to my tween and teen learners and so it proved today when I mentioned in class that I had attended a session about using them at the conference. Their interest was immediately piqued and they started to tell me all about their favourite Vine loops. They showed a similar reaction when discussing the names of some the YouTubers mentioned in Jamie’s talk. Interestingly, most of them have never made a Vine or talking head video themselves but they are keen to try it out.

However, one important aspect of using film clips in class that was emphasised in Kieran and Anna’s talk in particular is the need to spend time to take stock of the world of images that at times seems to blur around us (this is another theme from the conference that I will be addressing in another post). They guided us through a short film they had made as a ‘Visual Manifesto for Language Teaching’ (visit this website to see the film in full) to emphasise the need to view images critically and plan how we use them in class in a more considered manner.

With the plethora of YouTube clips, 15-second Instagram videos, and now 6-second Vines, the temptation is to rush through it all – watch quickly, think superficially, and not really engage actively. It is important to take time to pause and reflect to encourage critical thinking and deep learning.

Mike showed how this is possible even with a six-second story as he directed the attendees to analyse one of the Vines he showed us – How many different camera angles were used? How did the story unfold? What reactions and emotions did the characters show? Amazing how much discussion can come out of such a short clip! Jamie also showed the crowd how filming something as seemingly straightforward as a retelling of a joke can take much preparation, practice, time, and careful editing. Kieran and Anna also highlighted how the process of engaging with a short film, whether through watching a clip or making one, is more important than the end product itself. It is crucial to ensure teachers and students alike are aware of this.

One aspect of these three talks that I will be bringing in is the idea of training learners in some basic considerations for film making – scripting, choosing a backdrop, ensuring the audio is clear, and lighting are all factors that can help a video project seem more complete and we will be looking at those over the coming weeks.

Videos, images, and the devices that capture them are often seen as easy resources to pick up and use in class. The main idea I am taking away from these IATEFL sessions is that, just like with any resource, it is never that simple. Such activities need to be carefully considered and directed to ensure our learners fulfil their creative potential.