December 18, 2014
It has been two-and-a-half years now since I blog-ranted about some of my experiences with observations: the standard criticisms, the almost nit-picking insistence on finding something ‘wrong’ with the lesson (even when the observer wasn’t paying full attention!), the going through the motions of being observed just to say you have been observed…

My negative viewpoint was obviously not helped by my initial experiences as a language teacher. It was also not helped by a closer-to-that-time experience (omitted as I was still working at that institution at the time of writing the post) in which I got a ‘surprise’ observation from my head of department. She entered the classroom all smiles but when I said we were doing a spelling test my would-be observer left the room in a huff complaining that I hadn’t informed anyone I was doing a test (why would I if it was a surprise observation?) I was promised a future surprise visit but it never came to pass…

That original post kicked off quite a discussion of what observations could and should be like. In the comments (and in a couple of other posts around the ELT blogosphere), teachers bemoaned their similar experiences, expressed sympathy for the busy and at times stressed observers, and talked about how constructive, focused observations would be of more use for all parties. 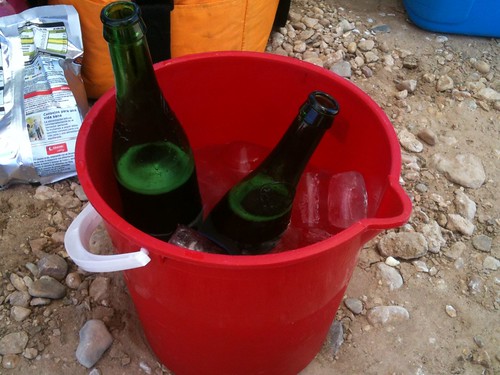 Well, I am happy to say that my new job has given me a refreshing new experience with observations that has changed my outlook considerably. Last month, we were informed that it was time to begin the annual ‘performance review’ process. We had a meeting explaining the steps and how they would work. The steps were as follows:

Where had this process been all my teaching life? Not only having a pre-observation meeting but also having the time to reflect on my own strengths and weaknesses prior to it was invaluable. In the days leading up to that initial meeting, I analysed my own teaching very closely, deciding that I was letting a class of seven students work in the same groups too often (4 girls and 3 boys). I was also still struggling with timing, often having to abruptly stop lessons mid-activity as time was up.

We discussed these points in the meeting and also talked about potential solutions. I was also shown the observation sheet and got to see that the lesson in general would be evaluated in terms of student engagement, level of challenge, production, and classroom/activity management.

This all gave me plenty to think about ahead of the observed lesson, which would be with my Year 8 & 9 intermediate EAL group. I prepared a series of activities (of course, all the pre-observation steps gave me time to get a lesson I was confident in doing ready) and paid particular attention to how I would group the students at different stages and for what purpose.

And so it was that the day of my first official observation in 12 years (!) began (I was only ever observed by new teachers in my previous job not counting the spelling test!) My observer arrived on time and alert (and stayed alert for the whole lesson unlike observers past) and willingly got involved in a stage of the lesson I had planned as a whole class activity to replace the student who was absent. I started with a homework review (done with the partners they had sat with when coming into class).

We then moved onto a jigsaw reading based on a text entitled ‘how to learn new words’. They completed this in groups of three, sticking the different paragraphs on the board in the order of importance. A spontaneous discussion then began about the differences between their lists.

We then had a whole class activity with a different instructional ‘how to’ text which they had to out in order. Once they had done that, we applied some of the strategies from the first text to discover the meanings of unknown words.

Finally, I randomly handed each student half of a title for a ‘how to’ writing activity. They had to find the person with the matching half and then write a relevant ‘how to’ guide. The final stage was to be error correction and presentation of the guides but we were running out of time so I called everyone’s attention, reviewed what we had done, and informed them we would continue with the task next lesson.

The next day, I met with my supervisor for feedback. We started with “how do you think the lesson went?” and filling in the self-assessment form. The observer’s comments were then made and, for the first time in my ELT career, it was mainly positive. The stages of the lesson were clear, the students were engaged, it all flowed well, the dıfferent groupings worked and served the purpose of each part of the lesson. “I can’t really say you could have done this or that better,” my observer said. “I can only say I may have approached certain parts of the lesson in a different way.” She even added that she had picked up some ideas to try out in her classes.

Now, this is an observation process that makes sense to me. It’s not that on this occasion it all went well but rather it’s the fact that I was given time to think of my own areas of weakness to work on (and time to work on them!) and the feedback was framed in a positive but constructive way with an open-minded observer. I also left with a few ideas of what I could do differently (or at least try) and a very strong feeling that I had come out of the process as an improved, refreshed teacher.

No surprises, no generic or unjustified criticism, and no stress to be had here. Instead, time to reflect, discuss, develop and enact a plan, and then reflect some more. That is what observations should be. They are part of our professional development after all.
eal elt observation professional_development reflection self-assessment