Working on the Web with Kids (2) - We Love Blogging!

My 5th graders started working with their wiki back in September. As I reported in the first post in this series, it’s been useful for them to engage with extra activities, have their work displayed digitally and discuss things. However, we have been limited to an extent by the restrictions put in place by the school - kids can only comment on pages, not edit or add content and no comments are allowed from anyone who is not a 5th grade English teacher or student at the school.

That’s unlikely to change and, even if we got permission to let the kids do more than just comment, pbworks isn’t exactly the most child-friendly site to get to grips with and I don’t really fancy teaching ten year-olds how to use it in a classroom with only one computer! So, I thought why not have this site for extra activities and displaying work and another site that allows the students to take a bit more control. After much persuasion and insistence on my part, the school finally gave the thumbs up to trial blogging with one class. 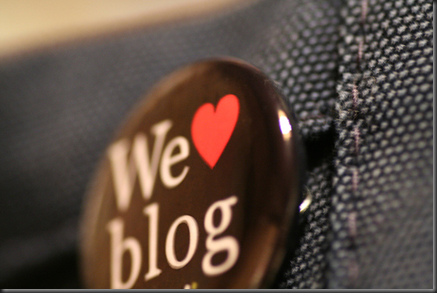 We settled on the class that had been most active on the wiki so far and offered to set up a blog for them using Kidblog. I stressed to the kids that this was not compulsory and gave them the option of not taking part in the project if they didn’t want to. Only 2 out of 28 kids declined the offer and everyone else was very excited about what they deemed as ‘their own website’.

I had lots of ideas about introductory activities, both in class and using the blog itself, but in the end, I decided not to interfere too much. I wanted this to be a pressure-free place where they could write as and when they wanted too rather than feeling obliged to do it, which would quickly lead to them seeing it as just another form of writing task.

Instead, we just looked at some examples, such as Greta Sandler’s classes in Argentina, and talked about what the blog could be used for. We also talked about comments and how to use those to respond to posts meaningfully and ask questions (on the wiki, many exchanges of ‘hello everyone - how are you?’ - ‘fine & how are you?’ repeated several times had started to appear so I was keen to avoid that).

Once they started blogging, the first thing to strike me was that the posts were very short, often just a couple of sentences (“Hello world! I love basketball. I think it’s a great sport.” for example). My initial reaction was to go over these in class, point out ways the posts could be made longer and more informative… but, no, I reminded myself that this was their space and they needed time to get used to this new form of writing. Instead, I posed questions through the comments to try and get them to reveal more (“Do you play basketball? What’s your favourite NBA team? and so on). I also started making use of #comments4kids on Twitter to get some outside comments in.

My students loved getting comments from around the world and they were thrilled when I showed them a map on the class computer with all the countries we’d received comments from highlighted (unfortunately, kidblog doesn’t seem to allow users to embed things like Clustrmaps). That helped establish a purpose for using the blog (although they did still need some gentle encouragement to start replying to these ‘strangers’).

As always, there are unexpected results from doing these things with kids. One side effect of my attempt to get them to write more by posing questions was that they started to write posts consisting entirely of questions posed to their ‘international friends’!

Now, this class has been blogging for three months or so and I’m starting to see some positive effects. Some of them are using the blog to share stories they wrote in class, others are sharing accounts of things they did at the weekend or special events. Many of them are still using the blog even though they are now on holiday, which has been a pleasant surprise! Alas, some are not using the blog at all but, as I said earlier, I don’t want them to be pressured into using it.

The only complaint my little bloggers have had so far is a lack of comments from other kids. One kid asked me just before the holiday “why do only adults comment on our blog?” They were very happy when we got a few visitors from Dina Dobrou’s class in Greece but I know they would like more interaction with kids their own age from around the world.

So, if you have a class who blog or know any kids who would like to leave comments for us, please direct them to:

And also share details of your class blogs in the comments box. Perhaps we can set up some kind of ‘virtual comment exchange’.