Several weeks ago, Vicky Loras, a Greek-Canadian English teacher in Switzerland and a must for any language teacher’s PLN, set a simple yet intriguing challenge on her blog. She asked us “What’s your story?” as an invitation to give some more background about ourselves as teachers. This is a great challenge as it naturally prompts some deep reflection to identify those factors that affect who we are and what we do (and if you haven’t done so already, you should check out Vicky’s post with links to all the other contributions at the end).

I am coming to this challenge a bit late - various things have forced this post and my blog in general to slow down recently - but it is definitely a challenge worth taking up so here I am. Over the last few weeks, I have thought a lot about what to write - the story of how and why I decided to enter the world of TEFL in the first place, what me me come to and stay in Turkey, how I ended up teaching kids, when I started to see this as my career and not just a way to live abroad or pay the bills…. All of these ‘moments’ have critical incidents attached to them and all have played an important role in defining the teacher I am today. However, I also realised that all of those aspects of my story focus on me and that’s not the kind of teacher I am these days (or at least, not the kind of teacher I think I am). Over the last few years, I have come to realise teaching is not about me - it’s about them, the people in the room, the students, the kids! So that is what this post is about, what ‘My Story’ is about - realising the kids I work with don’t ‘have a lot to learn’ but rather they have a lot to offer. 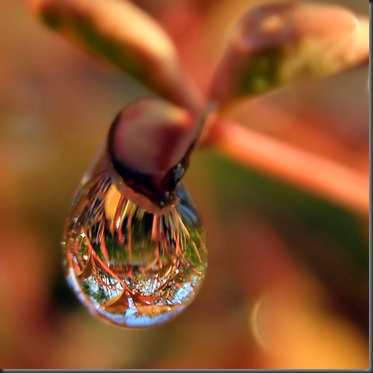 Sometimes, you just need to see things a little differently - Image by ecstaticist

During my first few years working with young learners, this phrase was one I heard over and over and often used myself as well. We would attend workshops, seminars and conferences, listen to ideas from experienced teachers, teacher trainers, ELT experts, publishers and so on but many of them would be dismissed afterwards as unsuitable for primary school children.

Common European Framework? Portfolios? Self-assessment? Critical thinking? Internet projects? Collaborative work? Authentic children’s stories? Minimising use of L1 in class? You name it, we said “that’ll never work with kids”. Even when people who were experienced primary school teachers ran workshops or gave presentations and clearly demonstrated things that would work with kids, something similar would be heard: “That’s all very well if you are working with classes of ten students in Japan but that’ll never work with our kids” (classes of 28-32 in Turkey in case you didn’t already know).

And for a long time, I believed it. I stuck to the book and made the decisions for my kids about what they would or wouldn’t be capable of. This didn’t sit easy with me however, and I couldn’t help but feel that something was missing. As often seems to be the case, it was an unplanned moment in class (actually, a moment that came around due to lack of planning!) that started the change. One day in class, there was a couple of minutes left before afternoon break with one more English lesson to go. We were near the end of a unit, which meant a language review was coming and after that there was one of the kids’ favourites - a cartoon strip-style story. To fill those minutes before break time, I decided to offer a choice - after break we can do the language review or read the story. I told them to think about it and tell me their collective decision when the lesson resumed.

Of course, there was an instant cry of ‘story!!’ from most of the class. Not from two girls though - instead, they came up to me and asked what would happen with the option that was not to be chosen. I informed them that whatever we didn’t do that day, we would do the next day. They then exchanged whispers, nodded and set about talking to their classmates

“We only have one lesson left today,” they said. “If we do the story now, Mr David will finish it quickly and tomorrow we’ll do the language review.” I was eavesdropping by this point, greatly intrigued. “But,” they continued “if we do the language review now, we can do the story tomorrow and maybe spend two lessons on it” (this took place in Turkish of course and I am now giving a paraphrased translation). They went round the class repeating to this to different groups of kids and, to my amazement, it worked! After break, the class said they wanted to do the language review and leave the story for the next day. Basically, a group of 8 year-olds had collectively gone against their initial instinct to save the more enjoyable activity for another day when they could get more out of it.

Choice then became a big part of our lessons - which activity to do next, how to do a certain activity, whether to do something individually or in groups… Suggestions from the students soon started to follow - “can I do this as a poster?”, “can we act the story instead of reading it?”, “can we write about an imaginary animal instead of a real one?” - these were all things they started to add to the lessons.

I then started to challenge some of the ideas that had been left in the seminar rooms with big “that’ll never work with kids” labels on them. We started to reflect on what we had done each day, what had been learned, what they had liked and what could have been better. We did more group work, peer checking and collaborative projects. We started to have ‘story time’ on Fridays with real children’s stories like The Gruffalo - if anything, they loved the fact that all they needed to do was listen to the story! No questions, no activities to do afterwards, just a story… I stopped using Turkish in class all together and found that I didn’t have increased problems with classroom management or connecting with kids. In fact, those things were easier than before! Most importantly of all, we started to focus less on what was in the next unit of the book and more on the kids in the room.

Now, I’m not one of those whose reaction to dogme ELT is to say “I’ve been doing that all along” (Stage 2 as it is known on the pages of this blog!) but when I did finally come across the concept, I was ready to explore how it would work with in my classes rather than just say “that’ll never work with kids”.

Come to think of it, there was a time when I always thought “I will never work with kids” (two ways to interpret that!) but that’s another story…. ;)