November 12, 2011
In this post, I would like to introduce you to somebody, somebody important for my students. This person has helped us learn new things, practice new language, write stories, play games and generally have fun in class. He has also appeared on our class wiki pages. Despite his somewhat strange appearance and questionable habits, he has been a great influence and a motivating factor for one group of my 5th Grade students. Without further ado, allow me to introduce Pompiskotch!

In case you’re wondering what’s going on, read on and I will explain. :)

In one of our first lessons this year, I asked my students to draw a picture of a person. I left all the details of age, appearance etc. up to them and just decided to go with what they produced. In that initial lesson, we then stuck all the pictures up on the wall and I asked each group to chose a picture, produce a description of the person (adding extra details such as name, background info, hobbies and so on as they saw fit) and then describe him/her with the other groups trying to guess which picture they had chosen.

That was a fun lesson but I thought ‘why stop there?’ The activity and the pictures created (Pompiskotch in particular) had been so well received, it seemed a shame to just consign them to a wall display before being binned. So, the next lesson, I asked the kids to write character profiles for the different pictures. During the writing session, I encouraged lots of ‘on the spot’ comments from group to group with the kids making suggestions not only for their own writing but also for what the other groups as well. There was a really nice buzz around the classroom in this lesson as the kids circulated, exchanges ideas and helped each other produce really nice pieces of writing.

Next up was an error correction session. Using their writing, I identified the most common errors and used them to create a paragraph to go with one of the class’ pictures. In groups, they proceeded to edit and correct the paragraph before we corrected it as a whole class using willyou.typewith.me on the projection screen. Following that, they were directed back to their own writing to edit it and correct some errors. These descriptions were then added to the pictures on the wall.

But again, why stop there? Next, we made audio recordings to go with their favourite pictures and put them together with scanned images on the class wiki page. this was a great way to bring what we had done in class home - in the literal and figurative sense - as the kids were able to show their parents what they had been doing at school and they were also so proud of having their work on the internet.

As these students will take the Flyers exam later this year, I then used the pictures and recordings to make a matching exercise on Hot Potatoes - good preparation for the listening questions and much more engaging to do it with student-generated content than with sample questions from a practice book.

The pictures were also recycled as part of picture dictation and Pictogloss activities, with students choosing a random picture and describing it to a partner who had to listen and draw. This led to some fun comparisons between the originals and the recreated drawings!

By this point, we were 4 weeks into the school year and still getting a lot of use out these pictures. In syllabus terms, we were well behind schedule having barely touched our book. However, in real terms, we were way ahead of schedule having covered structures and vocabulary for describing people and things, describing present actions, talking about habits and routines, using past tenses to give background information and comparative forms. We had also made great progress in terms of the writing and speaking objectives for the semester as well as fitting in some exam practice!

Eventually, we moved on to other topics and other things but Pompiskotch and his friends keep coming back! In a recent lesson, we wrote short stories about close encounters with aliens and UFOs and Pompiskotch made an appearance in several of those. He also appeared in the scary stories we wrote for Halloween and the ‘what happened next?’ role plays we did after finishing a reader.

While Pompiskotch was the favourite, he was not the only character to play an important role in the early part of our school year. Here are some of the others (see if you can spot mine! ;)) 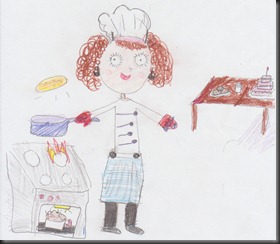 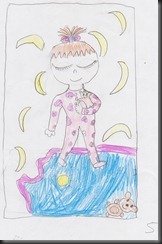 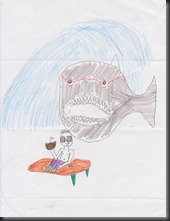 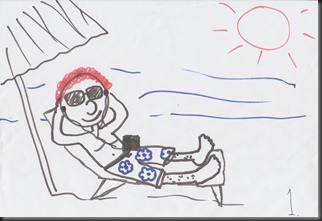 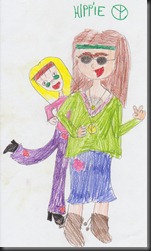 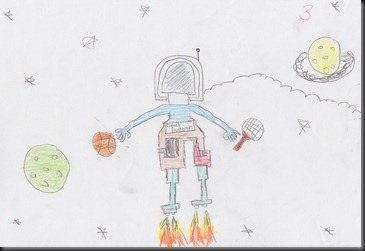 To finish, here are links to some of the blog posts that played a direct or indirect role in the way these lessons developed: