Much like fellow Englishman-in-Turkey Adam Simpson (aka the oxymoronic @yearinthelifeof), I have many blog posts I want to write at the moment but for one reason or another are still the electronic equivalent of scribbled notes. And again much like dear Adam, I’m pushing those awaiting posts even further down my list of things to do by taking up his latest challenge (he gets a bit tetchy if there’s a muted response to his challenges so I thought I should…. ;-) ) 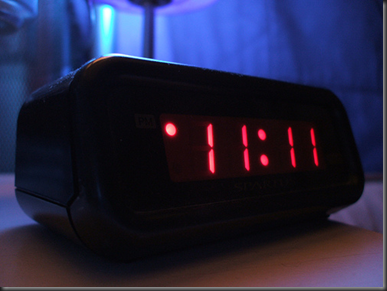 The premise is simple - shamelessly pat yourself on the back by selecting 11 of your favourite pieces of self-publishing from the year so far but hide the fact by claiming your are merely joining in with the fun of another blog challenge. As Adam says: “Everyone’s a winner” - that’s no lie!

And so, in no particular order, I picked:

One of my favourite posts of the year because, for me, it represented a kind of coming together of several thoughts and ideas that were floating around in my head and helped crystallise my thinking and my stance in regards to dogme and the role of pre-prepared materials in the young learner classroom. It’s also formed the basis of a recent series of workshop proposals so if you see me at a conference in 2012, I’ll most likely be expanding on some of the ideas here.

A discussion on the downside of working in a heavily exam-driven system (I say ‘discussion’ even though this post got no comments whatsoever). Nothing much has changed since, nor is likely to. Nevertheless, it needed to be said.

I waited several weeks to write this post just because it took several weeks for the cycle of lessons to come to an end. One simple drawing activity formed the basis of a really productive and creative series of lessons on the part of my students and there will be elements of this in future workshops as well.

“Dogme? Young Learners?” you may cry. “That’ll never work!” If there’s one thing I’ve grown to hate hearing during my career in the YL classroom (along with “Teacher! Mehmet is annoying me!”), it’s this phrase. It’s so often based on assumption rather than experience and it took me a long time to realise that. Thanks to Vicky Loras’ mega-blog challenge, I got to revisit the moment the realisation came about.

If you are still not convinced by the posts above, you are probably at Stage 3. ;-) This was a fun post to write and a humorous take on a PLN debate that just keeps on going. Although it was a tongue-in-cheek look at things, it has proven to be unerringly accurate as a recent textbook case (pun-intended) of Stage 2 blog post anger showed…

Another alternative look at the dogme-side of things, this time by drawing parallels with alternative forms of music. Is dogme the heavy metal of the ELT world? If so, does that make Thornbury and Meddings our answer to Page and Plant?

Of course, it wasn’t always like this. I’ve been down the ‘materials heavy’ route quite willingly. In fact, I even contributed to it on a local level at least back in the day. This post literally came out of the closet as a clear out led me to discover an old box of handmade hand-outs from the early days of my teaching career. Oh, how times change!

Times do indeed change but sometimes too much change only serves to perplex and confuse. Attempts to expand my horizons by developing a PLN, attending more conferences, giving workshops and doing an MA caused me to question the point I had come to in my career and where I was going with it all. I decided to capture it all on camera and the response from my PLN made me glad I did.

Did someone say ‘MA’? I probably wouldn’t have considered a blog if I hadn’t started my Masters. While it has been a great learning experience, distance learning is not easy, something I reflect on here. For anyone considering doing an MA, I still say ‘go for it’ but at the same time, don’t say I didn’t warn you!

One of the professional development highlights of the year was the 3rd Reform Symposium online conference. It was loved by all who attended but I noticed some feelings of awkwardness from some of the presenters who found the whole ‘webinar’ experience a bit strange. This represents my take on why webinars are actually pretty cool - much like the sea early on a summer’s morning. And much like that, “it’s lovely once you’re in!”

The whole point of all this blogging is to reflect and develop as a teacher and that is what this post explored. A blog post about blog posts (hence the title) and a nice consolidation of my thinking as a blogger and as an MA student.

This was the granddaddy of them all! One of my few ‘rant’ posts that seemed to ruffle feathers and kick up a hornet’s nest. More comments than any other post I’ve written with several post written elsewhere in reply. Got me some attention and some icy looks from conference organisers when I went to ISTEK a short time later (though not from Burcu of course!) The raging debate also drew quite a few people to my blog for the first time, such as Brad Patterson, which can only be a good thing. It was fun to be the ‘controversial one’ for a few days at least ;-)