The Wizard of Oz shows are all actually over now but this is a blog post I started a few weeks ago but never got round to finishing until today! I’ll post this now and get reflections on the actual shows up later.

Show time is nearly upon the 4th grade at my school so, in a figurative sense, we are nearing the end of our journey on the yellow brick road. Before the final performances, I thought I would mention some extra bits of ‘behind the scenes’ work we’ve done, mainly with the odd ‘technological enhancement’ here and there as well as our dress rehearsals in the theatre. 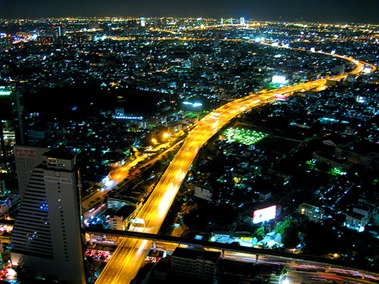 Watch out - I’ve got a camera!

One big struggle whenever I’ve done drama shows or presentations with kids is what to do about the ones who are on stage but not speaking at that very moment. Keeping them focused on the play and the fact that it goes on even when other characters are centre stage is a challenge and you will often see the little darlings gazing around, yawning stretching, picking their noses or worse, oblivious to the fact that they are standing there in full view of everyone!

Such things can be delicate matters to bring up, especially in front of a class of 10 year-olds. One thing I’d been doing during rehearsals was recording the students (the camera adds to the sense of audience) so I found the best thing to do was to quietly play the videos back to the children concerned away from the rest of the class. Most times I didn’t even need to say anything - they just saw distracted looks on their own faces or saw the busy fingers being inserted into nostrils on the playback and that was enough! A few pointers about using facial expressions and body language to react to what other characters were saying and the problem was solved.

Recordings were also useful for highlighting pronunciation and language errors. Some kids were really struggling with words like ‘heart’ and ‘hurt’ or saying “maybe the Wizard can give to me a courage” and it seemed no matter how many times they were told, they kept on making the same errors. When I was correcting one boy, he replied ‘but that is what I said’ and then I realised what he was saying and what he thought he was saying were two different things. So, I recorded the scene the next time they did it and played it back to him. When he heard himself, he was surprised but he also finally noticed and the error started to disappear. This worked with other groups as well and it’s an idea I’ll be using earlier on next year.

One issue faced in terms of the final show was what to do about the scenery, sound effects and cuing the songs in the play. The solution was simple - find a suitable backdrop image for each scene and project it onto the screen in the school theatre. If done with PowerPoint, all the songs and some sound effects could be added as well. A simple idea but even a simple idea can be poorly executed. The slideshow made for the show last year (when I was working in a different grade group I hasten to add) was terrible. It wasn’t so much ‘Death by PowerPoint’ but rather ‘Slow and Excruciatingly Painful Torture by PowerPoint’ with wildly varying images (some photos, some cartoons, some low quality animations) and pointless sound effects (like footsteps) that had to be clicked at just the right moment with the kids acting along with them - a nightmare to say the least.

This year, I got together with my colleague Joe (who you can now follow on Twitter) and we (well, mainly Joe) re-did it all with much clearer photo images, ambient background sound effects only and the songs. Having seen it now on display in the theatre when doing dress rehearsals, I think we got it right. The images and sounds provide a nice backdrop and suitable atmosphere for each scene with little need for actual scenery but the presentation is simple enough that the attention of the audience remains on the kids, who can just get on with acting out the story.

Ahead of the final performances, each group finally got to go to the theatre for a full dress rehearsal. All I can say is the rehearsals were not enough! It’s one thing to learn the lines and practice in the classroom, quite another to put on the costume and get on the stage. Acting wise, they are fine - the odd forgotten line here and there but no big problem. However, they have no idea how to use the full stage, which is of course much bigger than the space in front of the board we use in class. Let them have a full rehearsal or use up the time getting them to stand in and move to the right places? A tough call. Next year, we definitely need more practice time on the stage.

And one more difficulty - when we were in the theatre, we were ‘assisted’ by other teachers from the English department who had free lessons at that time. The help was of course much appreciated but it was also a classic case of ‘too many cooks’ as they would start stopping proceedings, saying ‘why are you doing that?’ and ‘why aren’t you doing it like this?’ All based of course on how their own classes were doing the play, completely ignoring the fact that other classes may be different!! Never fun to have to correct a fellow teacher in front of the kids…

And so, just like Dorothy and her friends, we may be about to arrive at the Emerald City, but I feel the journey is far from over!