Over the last few weeks, we’ve been making lots of progress with the various groups as they get ready for their Wizard of Oz show. I’ve slowly got the kids to act out scenes without scripts in hand and they are really speaking their parts well. Where they have struggled a bit, however, is with showing emotions and reactions during scenes and positioning. 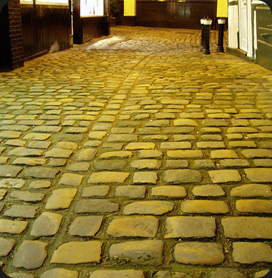 With that in mind, I devised an idea of ‘silent scenes’ in which the kids act out their parts without saying anything. Instead of them working through the script, I took the role of director and did a ‘talkthrough’ of each scene and they acted out what I told them to do.

Removing the need to speak their parts meant the kids had to focus on what they were doing on stage in terms of body language, facial expressions, where they stood and how they moved about. Stepping into my role as director, I encouraged them to really ham up the emotional side with exaggerated fear, joy, panic, surprise etc. It was a little difficult to keep a lid on it all but I made it clear from the outset that I only wanted the characters concerned to do the acting and any silliness would result in an end to the day’s practice (firm but fair is always the best way)!

The reason I wanted them to exaggerate a bit is that I find in these exercises, they always put more gusto into it than when they do the scene in the regular way. And so, just as I had anticipated, they toned it down a bit to just the right level when acting the scenes in non-silent mode. After doing this a couple of times for each scene (over a few practice sessions obviously), they started to incorporate the emotions and reactions into their acting with less and less prompting from me. Hopefully, by the time the show comes around, they’ll be doing it without even thinking about it!