We sat in the classroom waiting. Apart from a few muttered ‘good evenings’ as people came in, nobody was talking much. We were all there for the same purpose, learning to drive, but we were all very different - young university students, older retired ladies, bikers looking to get the ‘B’ licence for automobiles… and me, a 34 year-old foreigner with no idea what to expect.

The room itself was fairly small with about 15 chairs, a small whiteboard and a somewhat obtrusive overhead projector in the middle of the floor. There was writing on the board detailing the programme over the next three weeks of the course (one week of trafik, one week of first aid, and one week of mötor) and the written exam date with a message reading ‘write this down’ next to it all. Some of us started to write as soon as we sat down, others chose not to. 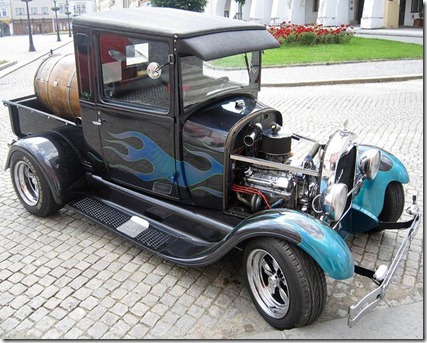 At 6 o’clock on the dot, the teacher came in. He was an older man of about 50 and his entrance to the room had an air of authority about it. He then introduced himself, revealing that he was a former school teacher who had retrained as a driving instructor after retiring. The TEFL part of me then anticipated him asking us to introduce ourselves in some way so I started to formulate what I would say in my head, not wanting my second language to come stumbling over my tongue.

Ah, but of course, this was not a TEFL classroom, was it? Following his introduction, our teacher launched into his first topic, ‘What is traffic?’ Before long, we were onto the next topic, definitions of various kinds of vehicles and transport. As I listened, I couldn’t help but look around the room and wonder who the other people were, the people I would share a classroom space with every evening for the next three weeks. Over the years, I have become accustomed to the language learning environment, which is (or at least should be) a communicative social space. I guess driving, by contrast, is a much more anti-social activity (any observation of the way different drivers interact with each other is more than enough to confirm that!)

Also, by this point, the exam had already been mentioned several times with references to ‘this topic regularly comes up on the test’ and ‘you might be asked a question like this’. Much as my experiences in getting all the paperwork together taught me, this whole ‘learning experience’ is to a great extent about going through the motions and getting things done just to show that they have been done.

Having said all that, it wasn’t all bad. I was surprised at the ease with which I was able to follow the lesson with only a few words coming up that I didn’t previously know and was unable to work out from context (applying some of those strategies I try to train my students in definitely helped). The teacher in me couldn’t help but make some observations about my own teacher though and I shall wrap up this post with those:

Things I would do differently

Things I would keep the same

Next time - a few reflections on what I have noticed about myself so far both as a learner and a teacher.

beyond the classroom introductions learning to drive reflection