It’s been building for a while now, bubbling beneath the surface… It began as a slight feeling of uneasiness before growing into continuing annoyance and eventually manifesting as a good old fashioned slightly tongue-in-cheek (but only slightly!) blog rant. The rant begins - Image by @dfogarty via eltpics

As a teacher, I have attended many workshops, seminars, presentations and other forms of ‘talk’  and, while I view them as an important part of my continuing professional development, I can’t help but feel some of them are a wasted opportunity. Sometimes this is due to some fault of the organisers and sometimes it is due to the speaker/workshop leader her/himself - but I will get onto them in future posts/rants. The first targets in my sights are the attendees… Yes, those ordinary teachers like you and me who make up the ‘audience’ at such events. Specifically, I’m going to rant about what I see as Double Standards of Acceptable Behaviour. Please read on…. 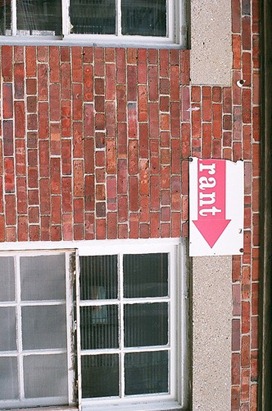 Going down… Image by Nesster

Let me start with a few questions:

Now, I know there are teachers out there who would look for some way to exploit it, incorporate the gadget (and therefore the student) into the lessons and ‘connect’ but I asked about most teachers. Most teachers I have come across would stop the offending gadget being used in some way, either by telling the student to put it away, demanding it be switched off or confiscating it. Agreed? Good - next question.

Again, there are those who would try to find out what was distracting the students or exploit the topic of conversation dogme-style but, again, we need to think about most teachers. Tell the students to stop talking? Warn them? Separate them? Get angry? Wonder why they don’t take the lessons seriously? I think at least one of those options or some combination of them would be expected.

A show of anger at the sheer cheek on display might be in order followed by a reminder that it is not the teacher’s duty to entertain. Or perhaps the teacher would take it all personally, denting their confidence and adding to growing feelings of self-doubt.

So, if the above are true, why on earth do the very same teachers exhibit exactly the same kind of behaviour in workshops, seminars and presentations? So many times, I have been sat in a talk only to see teachers all around me checking emails, sending messages, viewing websites and even playing games on their smartphones or tablets. Or I have found myself unable to follow what the presenter is saying because people around me are chatting non-stop. They’re either gossiping, talking about plans for the weekend, complaining about being ‘forced’ to attend the current presentation or criticising the presenter and/or the theme of the session.

Would they allow the same kinds of goings-on in their classrooms? Of course not! And we are talking about teachers here - experienced, university-educated adults! If they can’t listen, pay attention and do a few tasks for 45 minutes, why do they expect 10-year old children to be able to do so?!?

I could end it there but I feel an urge to be constructive now that the steam has disappeared from my glasses so I will offer some thoughts on what to do about this issue.

Obviously, the best place for change to come from is within. Teachers sitting through a talk on a Saturday morning could just leave their phones in their bags, pay attention and just accept that this particular session may be a bit boring or seem irrelevant but hope that the next one will be better. Alternatively, we could just put it down to human nature in a ‘boys will be boys’ (and ‘teachers will be teachers’) kind of way…

Or… we could acknowledge that maybe our students don’t give their full attention in class sometimes because they are bored too and they have other things that they would rather be doing or other places they would rather be at that particular moment in time. We could then recognise that this is perhaps why they act up in class sometimes. We could then talk to them about it, involve them, incorporate their ideas, make the learning relevant to them. Engagement and attention then increases and distractions, complaints and teachers with self-doubt are not so common.

Of course, presenters at PD events could on occasion benefit from involving the audience, incorporating their ideas and making things relevant as well but that’s for a future rant.