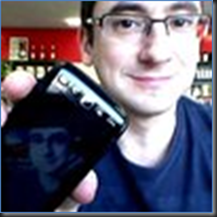 Hi. I have offered to write a guest blog entry for Dave, partly as a thank you for his assistance this summer in providing advice and providing a test run for my interview stage during my MA dissertation, and partly because I have not written a guest blog before. I’ve never met Dave, not in the flesh anyway. Like a lot of good friends and members of my PLN (personal learning network, which has grown from practically nothing at the start of 2012, I have only met him virtually. This blog was one of the first I stumbled across when setting my own up in the beginning of the year as part of an ICT in ELT module. I later went on to write about blogging as well as writing about ICT tools on a new blog, here (http://tinyurl.com/crmrtjh), before going on to do a professional practice module, introducing a new technology or tool into an actual setting that I have taught in before. I continued to use the blog, although not required as part of the course, to share the remaining work on my MA, including using it to generate interest and attract participants into my research for my dissertation. It is that research which I am writing about here.

One virtue of being an autonomous teacher-learner is that an autonomous philosophy can be instilled in their learners/students, and who are, therefore, much more likely to develop autonomy if they are exposed to autonomous practices in the classroom. It helps teachers to stop being prescriptive and, instead, foster learning.

The issue of Teacher Autonomy is something I first discussed with one of the professors at the University of Warwick, Richard C Smith. As someone who has written extensively about Learner Autonomy and knows all the main protagonists in the field, such as David Little, Leni Dam, Phil Benson and Terry Lamb, I also questioned him on the issue of Teacher Autonomy. I was interested in how autonomous English language teachers are when it comes to learning about new technology and, more specifically, ICT tools. He pointed me in the direction of some dimensions he first tried to define in 2003:

The concept of teacher-learner autonomy relates to both the 'capacity' for self-directed professional development and the freedom from control over professional development.  There is also the dimension of self-directed teacher-learning in relation to professional development.  These are separate from but also the potential basis for professional action, which, for the benefit of my research, is when a teacher actually puts things into practice.  I used this concept to underpin the potential for action and actuality of something happening in practice.  It can also be the separation of the capacity of teachers, based on their perceived 'relationship' with technology, to learn about new tools, and their willingness to do so, given that relationship and other contextual factors, such as institutional resistance or other barriers. That ‘relationship’ – i.e. the extent to which teachers are competent ICT users – was used as a starting point.

The investigation generated taxonomy of current ICT/web tool usage, with comparative figures obtained for different tools that are not only used in the classroom, but those used in preparation or feedback. Furthermore, there was tools defined as those used as part of professional development, which are less to do with teaching and more to do with discovery and discussion of tools. The barriers to integrating tools into teaching was also investigated, along with current institutional support and/or training.

Institutions and employers are not always at the forefront of training teachers in the area of ICT and, especially, in utilising the myriad of web tools that exist, unless they have a specialist trainer or enthusiastic, knowledgeable director of studies. A lot of the impetus for learning about existing and new tools appears to come from teachers engaging with the online community. Indeed, many of those teachers I interviewed expressed how they were leading the way, compared with colleagues, in respect of their autonomous behaviour. This becomes even more essential when a teacher is self-employed or works freelance. With complete freedom from control over one’s own professional development, a high level of teacher-learner autonomy was demonstrated by those who took part in the research.

Plenty of autonomous behaviour was demonstrated. For many teachers, being self-reliant was something rooted in personality, with characteristics such as impatience mentioned by some. For others, it was something that had been learned, often at a time of life when it was imposed upon them, such as at university, when a learner’s hand is not held at every stage. When it came to learning web tools, many seemed to take the initiative and try them out first. Most learned these by practicing or experimenting with them, before looking for a tutorial or further help. A general impatience and an inability to wait for others to train them had lead many of those interviewed to take the initiative.

Those aspects of learning ICT and web tools which take place as part of professional development are those related to self-directed teacher learning and teacher-learner autonomy. As Smith (2003) notes, it might be possible for institutions to focus on developing the willingness and capacity for self-directed teacher learning, but the evidence was that this is only partially happening, at least from the teachers’ perspective.

Those employed as teacher-trainers did demonstrate that web tools were being promoted to their teachers and quite often informal training was given. They also gave some examples of trying to foster more autonomous behaviour. The teachers who were interviewed, however, painted a less positive picture in this regard and if they were fortunate to have dedicated training, it was not being acknowledged. The different perspective on actual training between those who were solely teaching and those predominately employed as trainers was an interesting, emerging feature.

The extent that teachers were self-directing their learning was high and many took substantial responsibility for learning tools. The survey had suggested that whilst the belief was that training should be given, teachers did not wait for this to happen. The interviewees partially backed this perception, as many teachers felt a frustration with having to do their own self-directed learning in their own time. While those that did invest substantial time being autonomous learners were rewarded by the amount of autonomy they created for themselves at work, for many that lack of political will was very much in evidence.

Although some described a lack of access to reliable technology, most reported an above sufficient capacity and a strong freedom from control to learn about and integrate web tools in their practice. This was certainly truer of freelance teachers, although they were not the only ones to have shifted their autonomous behaviour. For the most part, teachers reported support, if not training, by institutions, and were mostly free to teach how they wanted to.

Of course, any decent research should include some reflexivity and, in mirroring Dave’s own banner title, I reflected upon those who took part in the research. The fact that most of the 14 names who signed up for interviews, following the 106 teachers who completed my initial Taxonomy Survey, clearly demonstrating their autonomous behaviour in this area, was something that couldn’t be left uncommented on. There was an over-representation of teachers who had a positive relationship with technology, even if that has become more so over time. There were stories of how teachers had made decisions in respect of their professional development which sat primarily outside of their contracted work hours. They had increased their ICT knowledge and skills in their own time, as part of one or more online communities.

Drawing any conclusions from the whole data set proved difficult because of a huge variation in the wildly different teaching contexts of the participants. Despite some reflective drawbacks, a snapshot of current practice was obtained. As teacher-learners, substantial evidence was demonstrated of self-directed learning. In many situations, interviewees were at the forefront of integrating web tools into their teaching practice ahead of colleagues. Interviewees were keen to show they were taking responsibility for their own learning in this area. This was demonstrated by their involvement in extra-curricular activities and assisted by technologies which allow for self-discovery and practice. 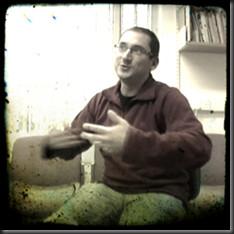 Bio: Phil Longwell is from Wells-next-the-Sea, Norfolk, UK. He has been a volunteer in Tanzania and a teacher in South Korea, China and Saudi Arabia. Following his MA, he is currently job-hunting. He has two blogs, one on ICT in ELT mentioned above and another, TPs TEFL Travels, which is more general and personal: http://tinyurl.com/cjpa2ps. He is on Twitter as @teacherphili.