A Teacher Went into Class with a 5-second Video Clip - What Happened Next?

Sometimes, it’s impossible to escape from the fact that you are a teacher. You may be chatting to an old friend, watching TV, cooking dinner or even dreaming when you an idea hits you and find yourself saying “that would make a great lesson!” It’s a bad habit that all good teachers have.

This happened to me last week when reminiscing with a colleague about TV shows from the 1980s and early 1990s. The power of nostalgia is always strong but there was something about TV in those days of analogue broadcasts spread over a mere four channels (for those of you who grew up in the UK at least) with the theme tunes, hairstyles (which have not survived the passage of time well) and (nowadays laughable) special effects. We covered the classics such as Knight Rider, The A-Team, He-Man and Dempsey & Makepeace before the conversation turned to one for the boys - A Question of Sport. 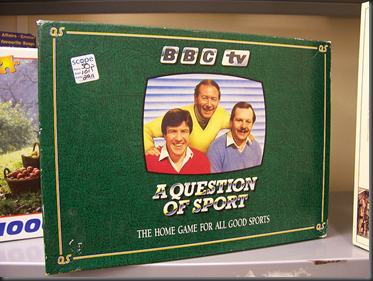 Amongst memories of the distinct sound of David Coleman’s voice, the cheekiness of Emlyn Hughes, the other team captain whose name escaped us (but was quickly found online to be former England rugby captain Bill Beaumont) and the colourful v-neck pullovers came memories of the different games in each round. One of my favourites was always ‘What happened next?’ in a seemingly normal clip of a sporting event would be played and paused at a key moment with the teams (made up of the aforementioned captains and other sporting celebrities) then speculating as to what unusual occurrence would be seen when the video continued.

And there it was - such a simple idea that for some reason had never come to me before in over a decade of teaching. Why not show a video to the class, pause it and get them to discuss what would happen next? With all sorts of unusual events, bloopers and funny accidents, sporting and otherwise, available on YouTube, it would be easy to set up.

I therefore set about finding some videos (watching carefully to make sure there were no swear words, graphic injuries or any other things unsuitable for the primary school classroom) to use in class. The first one I found was this one, which, considering it has over 23 million views, you may well have seen before: 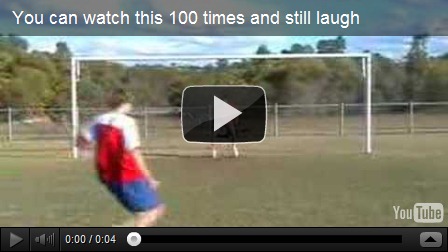 At the start of the lesson, I got the computer and projector all set up (with YouTube open in the browser but with the window minimised), closed the curtains so we could see the screen and wrote the question “What happens next?” onto the board. As the students came in, I divided them into groups of 3 or 4 and told them that I would be testing their powers of observation. Their first task was to look carefully around the classroom and try to figure out what we would be doing in class today. Naturally, they all noted that the computer and projector were on and the more observant saw the Firefox logo in the taskbar with the word ‘YouTube’ next to it and correctly deduced that we were going to do something with a video (this was also a good follow-up to the fact that we had just finished reading a Sherlock Holmes story in class).

Having done that, we paused a moment to reflect on the language they had used (I think  we will…/ we are going to…/ we might…/ maybe we will….) and the differing degrees of certainty contained within. As the video is only 5 seconds long and I couldn’t trust the slow school computers and internet connection to respond to me pressing pause in time, I showed this screenshot first: 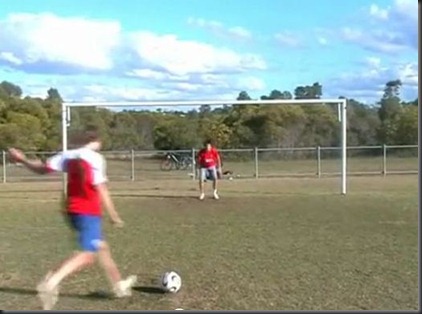 We talked about the setting (a football match between friends in a park) and I asked them to ‘say what you see’ (words invoking personal memories another 1980s quiz show, Catchphrase). Football related vocabulary like goalkeeper, penalty, ball and kick came up and they also noticed the presence of bikes behind the goal, the trees and the sky. I then asked the groups to come and show me anything in the image they didn’t know the English for. That brought up language that would be useful later on such as goal (as in the target protected by the ‘keeper, not the act of putting the ball in the back of the net), post, crossbar and frame of the goal from which we covered hit the post/crossbar, rebound, score, save and come back off the frame of the goal. Other vocabulary also came up such as fence and we also looked at the difference between shoot (no object) and kick (the ball).

Each group then spent a few minutes debating what would happen in the video. Various theories were put forward such as the ball striking the post and the goal collapsing, the ball smashing into the bikes or the penalty taker missing the ball and falling over. All of these were put onto the board with corrections and adjustments made as we went along. Once we had a few different ideas up there, each group had to choose one with the ‘moment of truth’ coming as we finally watched it and found out who had got it right or got close.

Originally, I had several videos lined up but they had got into this one so much and there was so much language that had come out of it that by this point we had less than 10 minutes of lesson time left! The other videos were therefore left to one side and we spent the rest of the lesson making short commentaries to go with the video (adding in some fantasy elements such as it being the Champions League final) and doing a ‘memory test’ for which each group wrote a statement about the video which the others had to identify as true or false (e.g. ‘The goalkeeper is wearing red shorts’ and so on).