Lessons on the Fly: An Open Dialogue

In the Reading and Writing paper of the Movers and Flyers tests, students are presented with one half of a dialogue which they need to complete. In Movers, three choices (A-B-C) are presented in response to each line of dialogue with one to be chosen and in Flyers, a list of choices (A-H) is given on the facing page to be inserted into the correct place (I personally think that the Movers version is harder as there is a lot more reading involved but I digress).

So, how can we prepare our students for questions such as these without ready-made practice materials? 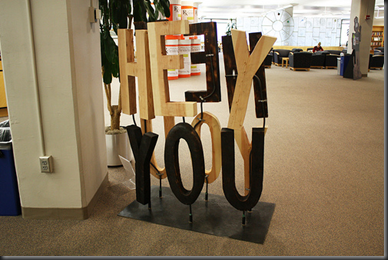 Simple - we get the students to come up with a dialogue themselves! (I wrote about a lesson similar to this last year so I will try not to repeat myself too much.) In short, I drew a boy and a girl on the board, asked the students to name them and explained they knew each other from school. I then asked the class to suggest what these two would say if they saw each other in the street (this was done as a whole class activity).

Obviously, each class came up with wildly different conversations but they enjoyed debating and discussing the direction this short conversation should take. We then acted out the dialogue several times, changing partners every couple of minutes and encouraging lots of drama (for example, “act like a shy boy” or “act like you are not feeling well”) - always a hit!

While all this was going on, I started to delete parts of the conversation from the board. If the students didn’t mind acting out both the male and female roles, only one character’s lines were removed (thus simulating the style of the exam questions). In other classes with some boys unwilling to act the girl’s part and vice versa, I instead removed words from both characters’ lines in the manner of a disappearing dialogue.

Once they had repeated the dialogue several times, they sat down once again and I asked the class to reconstruct the dialogue in their notebooks. Their initial reaction was one of shock. “How can we write it?” they cried. “You cleaned most of it off the board!” However; I just needed to point out that this was similar to dictogloss and then they were happy to do it.

In the classes where I had removed whole lines of dialogue, this activity was very similar to the exam question as they re-inserted one person’s lines. ın the classes where I had removed several words from each line, this gave them good practice for the the cloze test style questions. Reconstructing sentences and lines of dialogue like this really helped them get to grips with the finer points of the language such as how articles, prepositions and word order hold a sentence together, all of which are very tricky to teach explicitly.

As ever, the confirmation of the success of the lesson came from the students and the often repeated request as they left the class of “Can we do this again next lesson?”