Food for Thought… and for Better Classroom Management

December 14, 2011
Last year was a bit of a tough one for me. After a few years of generally well-behaved kids and easy-to-manage classes, I had quite a few challenging students and one ‘difficult’ class (who you may remember from post such as “Outdone by the Pink Elephant” and “Like Crossing the Alps…”
The best thing (in fact, the only thing) for any reflective teacher-blogger to do was to sit down and think about it all, what went wrong and what went right and what could be done differently next time. I blogged earlier in the year about some inspiration I had taken from other teachers’ sage advice on the web and I also wrote about the initial success of negotiating class rules with the kids but I was wary of the fact that such ideas often work out well in the beginning but fail to have a long-lasting effect so it was always my intention to return to the subject once we were well into the school year. 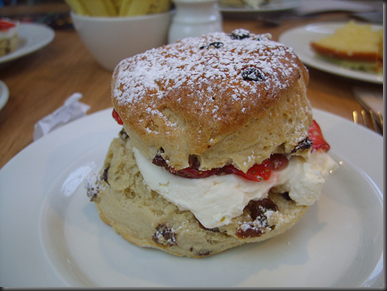 Mmmm… Classroom management!!
Image by @pysproblem81 via ELTpics
I’m pleased to say that, even though I face the sheer horror wonderful challenge of teaching that ‘difficult’ class again, things are still going well (not perfectly I hasten to add but better than last year at least). Of course, the fact that I know this class (and 3 of the other 5 I teach) and they know me from last year helps as does the fact that they are a year older and now carry the responsibility that comes with being in the 5th Grade (the last year of Primary education in Turkey before they move on to Middle School) but I feel there are also other factors, things that are different this year and thought I’d share them via this post.
I know I blog about the benefits of a dogme-style approach a lot but the fact remains that, for part of my teaching programme at least, I have to use the prescribed books. Among the books we use are three readers. Last year, we did an simplified version of The Wizard of Oz, which was quite frankly boring, and a written adaptation of the Wallace and Gromit adventure The Wrong Trousers, which didn’t translate to book format that well and was only saved by the fact that we watched the short film together with reading it. This year, the kids seemed reluctant to get started with the books, even more so when they realised there was no film or video to go with it. However, once we started reading, they really got into it and I have to credit the authors for that. The first book was entitled Alien Alert in Seattle, an original story published by Black Cat and it was a huge hit! The theme of aliens and UFOs visiting Earth got the boys hooked and the masterstroke of then making the lead character a teenage girl got the girls hooked. The mystery element of it all kept them all engaged and enthusiastic.

One boy in particular showed a remarkable turnaround. Last year, he was very disruptive in class, constantly trying to distract other students or wind me up and never prepared to do any work. With this book, he was so eager to read and genuinely interested in the plot as it unfolded. Suddenly, he was engaged, on task, asking questions and making  a positive contribution to the lesson all the time. We have now moved onto another Black Cat title, Miami Police Files: The O'Neill Case, which has this boy and all his classmates gripped already.
“Don’t expect your students to do anything you’re not prepared to do yourself” - this is something I strongly believe in, whatever the teaching context. It always bugs me if teachers complain about students not doing homework while they also refuse to do any kind of professional development activity outside of school hours or if they take phone calls in the middle of the lesson but then get angry at students for chatting to each other. We can’t expect students to follow basic rules or maintain certain standards of behaviour if we are not prepared to do the same ourselves, can we?
With that in mind, I strive to ensure that I:
If I ask the kids to draw something, I will draw as well. If I ask them to write about their family or what they did at the weekend, I will write as well. They seem to really appreciate the fact that I am willing to do some of the tasks myself (especially writing) and it helps a great deal with giving examples to kids struggling for ideas or inspiration to those who are lacking confidence. It’s also useful as a check on the demands we place on kids sometimes - if I can’t write a paragraph in 5 minutes, I certainly shouldn’t be expecting them to!
When negotiating class rules at the start of the year, one class asked if they could eat and drink during the lesson. At first, I tried to talk them out of it as school rules state that no food or drink (even water!) should be consumed during class - but then I thought ‘why not?’ The fact that I was prepared to go against the general school rule went down very well with the kids and I was very impressed by the fact that it wasn’t just crisps and chocolate that they brought to class but fruit, nuts and other healthy snacks as well. I did make it clear, however, that despite the fact that they could eat in class, there would be no ‘pic n’ mix’ - in other words, if they want a rule allowing them to eat in class, they had to follow all of the other rules we decided on as well, such as “be ready at the start of the lesson” and “listen when someone is talking”. And it worked! I have this particular class for the last two hours on a Friday, usually the worst time of the week, but they are always on task and enthusiastic…. and well-nourished!


Here’s a thought…. In case of bad behaviour, I could still allow eating in class but insist they eat something like this: 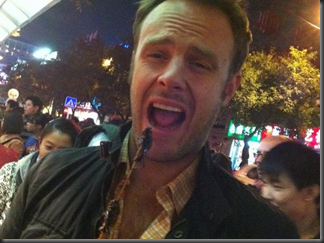 Bugs can be food too… or so says Brad Patterson via ELTpics
Years ago when I was fresh off the plane from native-speaker land, I played music in class when my students were writing (I was teaching adults at the time). It helped contribute to a relaxed atmosphere and could lead to interesting discussions about music in general or particular artists and songs. I never thought of doing the same thing with kids though - maybe I thought they would get over-excited and forget about the task at hand or the school would frown upon it and tell me to stop….

This year, I thought “what the heck? If they don’t say anything about ‘picnic Fridays’, they won’t say anything about a song or two. So I suggested we played music when writing in class and the kids jumped at the idea. I only insisted that the songs be in English with non-offensive lyrics. I also said I didn’t want any teen-pop music and to my surprise, one boy asked ‘can we listen to AC/DC or Queen then?’ It seems that games like Guitar Hero and Rock Band have given these ten year-olds a taste for classic rock, one I am more than happy to indulge! We now write to the sound of guitar riffs, thumping bass lines and screeching vocals. And, despite their age, we still have those interesting discussion about music and a deeper level of respect for each other’s tastes. The songs are also good for time management - ‘try to finish before the end of the next song!’

As I said in the beginning, the classroom management situation is by no means perfect and we still have issues and problems from time-to-time. However, the factors listed above have made things better this year, not to mention more relaxed, more engaging, more fun… and more nourishing!
choice class rules classroom management heavy metal lead by example motivation reflection young_learners