The Truth About (5 Things About) Me

October 04, 2011
It’s been a fun week of speculating, questioning and challenging people in my PLN as part of the ‘This is My Truth, Tell Me Yours’ blog challenge. Thanks to everyone who made their own video, voice recording or Voki - I feel like it has been a good way to get to know people better, even those who I (thought I) knew a lot about already. And if you haven’t joined in yet, you are still more than welcome to. ‘The more the merrier’ as they say. 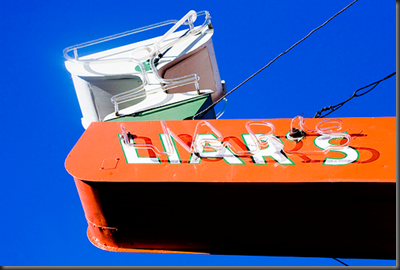 Anyway, time to reveal the truth about me:

1. Despite a complete lack of musical talent, I have performed concerts with two different bands.

TRUE!! I first picked up a guitar at 16 but never really progressed beyond strumming a few chords. Nevertheless, I joined a group with a few friends who were talented enough to make up for my lack of talent. As we didn’t know anyone who had a bass guitar, I drop-tuned my guitar and strummed a few low notes and power chords. After arriving in Ankara, I took up the guitar again and this time even laid down a track or two with the help of a musically-minded friend with sound editing software. Our masterpiece was called ‘Achilles Went…’ and if I ever find the CD (it’s what I was looking for when I found those worksheets the other day), I will upload it for your listening pleasure.

Anyway, back to the concerts. I never performed live with my first group here in Turkey but I would perform with another group a few years later called ‘The Aluminium Company’, only this time I was on keyboards. Again, I got by with a few basic chords and riffs. Alas, since I quit that group, my musical career has been on hold…

2. Before becoming a teacher, my only other full-time job was at a Shell petrol station in the UK.

TRUE!! No series of exotic jobs as I backpacked around the globe for me! I graduated from university in the summer of 1999 and upon returning to the town where my parents lived, I got a temporary job at the local Shell station. That soon turned into a full-time job and 7 months there enabled me to save up enough to do my Trinity TESOL course in Barcelona in January of 2000. The rest, as they say, is history.
Of course, I had other jobs while at high school and uni but they were only weekend or part-time affairs such as the classic paper round, working in the kitchens at a Little Chef, waiting tables in a hotel and serving pints to the thirsty hordes of the Toon Army at St. James’ Park.

3. I am an avid stamp collector.

LIE!! Most of you saw right though me on this one (I really should work on my skills of deception). I was given a stamp album once when I was a child but it was never even opened I think!

4. I have never had a full-time teaching job anywhere other than Ankara, Turkey.

TRUE!! This was a pretty easy one to confirm from my blog posts I suppose… A long time ago, I used to fib and tell students I had taught in Barcelona instead of just doing my training there, but that was just to avoid being labelled as a ‘novice teacher’ before I’d even had a chance to teach them anything! (Around the same time, I was also adding a few years to my age for similar reasons - not long until I start doing the opposite

5. I will be competing in the Istanbul Marathon next month.

LIE!! This didn’t seem to convince many of you either… Perhaps saying next month was pushing it a bit far! This is an ambition of mine though and I intend to run in this event soon, if not next year then the year after that…. or the year after that one

So, in the end, most of you saw right through me, as evidenced by the fact that the first guess was spot on. Keep looking out for more people joining the challenge and see if you can sus them out as easily as you did with me!

The Truth Revealed by Other Entrants in the Blog Challenge: