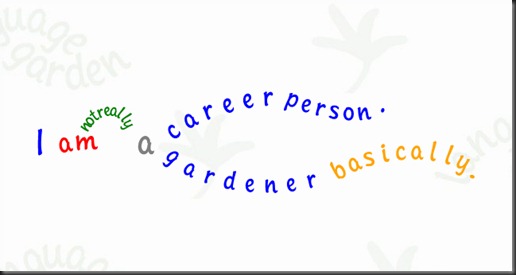 For a long time now, one of my favourite blogs has been David Warr’s Language Garden, both for its though-provoking content and the creative ‘language plants’ which introduce/conclude each post with a visual re-working of a quote. It was with great excitement then that yesterday I saw David’s blog challenge to create a summary of a lesson we had done using his new Language Plant Maker. Having had a fun morning experimenting and creating, I’m ready to share my beginner’s gardening skills.

David’s challenge calls on us to reflect on a recent lesson in the style of an activity from Teaching Unplugged entitled “That was the lesson that was” (pp. 63 if you have the book). By chance, one of my lessons yesterday was based on another Teaching Unplugged idea “Good things, bad things” (pp. 52) so here are some language plants representing the language that emerged or was uncovered: 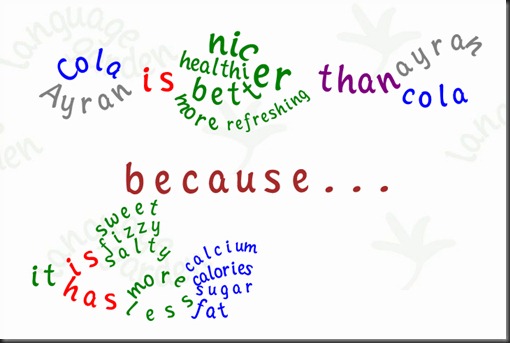 Rather than a single object, I started the lesson with two: a cola can and a carton of ayran (a Turkish yoghurt drink) and asked the students to write down a couple of sentences about them. This naturally led to comparative forms being used and you can see a representation of what they produced above. Beyond the basic ‘Cola is better than ayran’, I asked the class for their reasons, which led us to comparing noun forms with has + more/less…, something their coursebooks had never touched upon.

The discussion than moved into fast food in general and whether it was better to have it as a treat once in a while or avoid it all together. The following language emerged during the discussion: 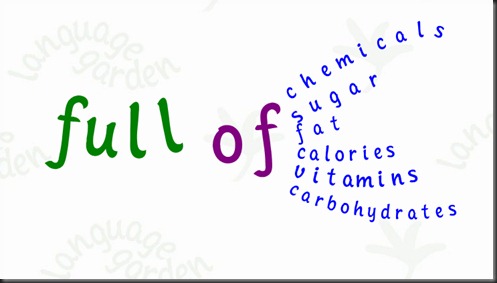 All useful language (a lesson full of useful language, one might say ;)) which helped a group of ten year-olds get into a proper discussion. We also followed the Teaching Unplugged idea of moving to different ends of the classroom depending on our point of view, letting the ones who were undecided stay in the middle. Using the language from the images above, each group tried to persuade the undecided ones to join them - all in all, a great lesson!

And a great challenge to help me reflect on it! I will be using these plants in class tomorrow to review what we talked about. Thanks David - the challenge and the Plant Maker are both really appreciated.
blog challenge David Warr dogme educational_technology language plant teaching unplugged web2.0 young_learners