Inspired by my PLN No. 4–Picture Stories

November 12, 2014
It has been quite a while (3 years in fact) since instalment number three in this series… It is not that I have not been inspired at all in that time, but rather that I was comfortable in my role and knew how best to approach the challenges of working with my ‘language skills’ classes in Turkey. However, with my new location, new job, and new challenges that has all changed. I am now in an unfamiliar teaching context, working with EAL students who need to develop their English skills and put them to immediate use in their other lessons. 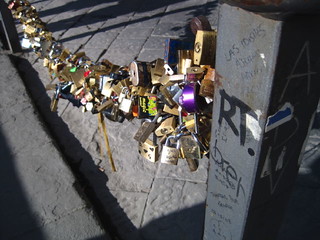 Recently, I have been focusing on storytelling so that my ‘high level’ learners can prepare themselves to join the ‘fluent’ English literature group later in the school year. The material to hand was fairly dry and vague – lots of ‘write a story with this title’ or ‘write a story in which a bad character turns good’ prompts and little else so I thought my students would need a little more structure and significantly more input to help build their storytelling skills and confidence.

So what did the EFL teacher in me decide to do? Make use of images as a starting point of course! A quick look through my bookmarks and a few blog posts from various #ELTpics curators later and I had plenty of great ideas to try out and adapt. These were my (and my students’) favourites:
In order to introduce the idea of using a picture to prompt ideas, I used Roseli’s first suggestion from this blog using the pictures of people’s feet. I followed the same format of showing the pictures and giving the prompt questions but I showed the images separately, starting with the ‘feet in the street’.

This got a few ideas flowing and the students had some interesting ideas about who the people were and what the rest of them looked like.

But when the second image was displayed, the lesson really took off with lots of wild ideas (the stranger the image, the more scope for imagination it would seem). I used the same question prompts but added:

That was a neat way to introduce the idea of a backstory of events culminating in the person lying in the pool. Suddenly, we had a basis for a story so I promptly paired the students up and had them exchange ideas and then orally tell their story behind the picture. Some said it was a dive gone wrong, others a grisly murder, and others described the aftermath of excess at a Hollywood party.
But before I got my students to write their own stories, I thought they could do with an example or two of a short-story told through words and images. Luckily, I had this gem from Jamie Keddie’s Lesson Stream site bookmarked and put it to use. The Blob on the Bridge – Images taken from lessonstream.org

The idea of obscuring part of a picture is an interesting one that can really help to draw students into the story that goes with it. I recall way back when on my Trinity Cert TESOL course being told about obscuring images cut from magazines and newspapers but it all seemed a bit messy (plus, there was potentially the need for enough copies for each group and an ‘unspoiled’ version to show later on) but thankfully this is one of the areas where simple computer technology has made life so much easier and made a useful idea easier to implement.

I followed the lesson plan more or less as it was set out on Lesson Stream. They had a lot of fun trying to figure out what the blob was. Most of them decided it was a human but couldn’t find an explanation as to why the rescue services left him to sleep for the night. Eventually one group came up with the idea that he was some kind of paranoid schizophrenic and they considered it too dangerous to attempt a rescue while he was so panicked. Another suggested he might be an escaped convict whom the authorities had little sympathy for.

They then did the dictogloss part of the lesson before I told them the truth, that the blob was in fact a bear. As a little extra homework task, I decided to make use of their creative ideas from earlier in the lesson and get them to rewrite the story as though the bear was in fact a deranged individual and/or prisoner on the run. This meant they had a model piece of writing to follow and was a good first step into coming up with their own work of fiction.
Similar to the above was ‘The Big Reveal’, a lesson idea shared by Sandy Millin on the Teaching English website that is as simple as it is effective (VERY on both counts!). 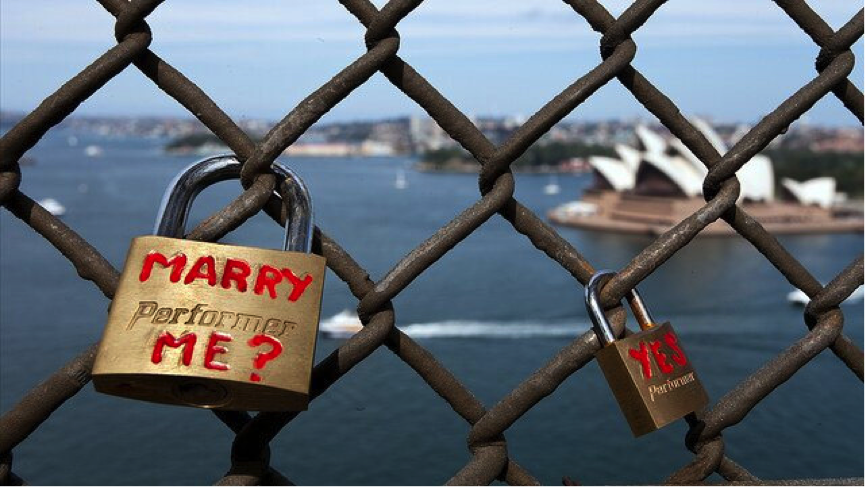 Locked in – image by Mike George via #eltpics

This time I followed Sandy’s idea of showing the picture a little at a time (done with a PowerPoint slideshow) and getting the students to speculate about the image, revising, changing or adding to their ideas as they saw more. This was a fantastic way to get the students hooked. By the time, the ‘big reveal’ had taken place, the board was full of language and the students were brimming with ideas of how their story would unfold. They then got into the writing part with gusto and were keen to read and compare each other’s tales.
And so, on to another great idea from Ms Millin, this time using question prompts with a number of different pictures. As we had been focusing on using the past continuous to set background to a story, this was a good way to explore those ideas as we described the setting, the weather, what people were doing and where they were going.

I followed Sandy’s ideas up to the point of choosing a picture to focus on (my group went with the parade through Disneyland as you may have guessed). I got each group to write their ‘setting the scene’ introduction and we then pooled our resources to come to an agreed introduction on the board (a great opportunity for error correction and language focus specifically centred around the target language).

Our lesson ended at that point so next lesson, I got my students into the computer lab and gave them each an individual Google Doc with the image and our collective introductory paragraph. They were then tasked with finishing the story (with guided error correction from me on the way) before being invited to view and comment on each other’s stories. We then had a nice fruitful discussion about the pros and cons of writing online and using shared documents.
And so back to the start and the first post I referred to from Roseli Serra. One of the images she showed was the below of some random guy offering random free hugs out on some random street: Any takers? Image by Mike Kenis via #eltpics

All I did before hand was to blank out the sign. Well-prepped by this point, my students immediately started brainstorming ideas about what was on the sign, who the people were and what their story might be.

I revealed the sign and asked them why this person may be offering hugs for free and how they would feel and react if they saw him. I also got them to think about how that person might feel if he was ignored all day as he seems to be in this picture.

For a little twist, I decided to share a picture I had seen floating around on Facebook over Halloween, just to emphasise how setting and context can drastically alter the mood: 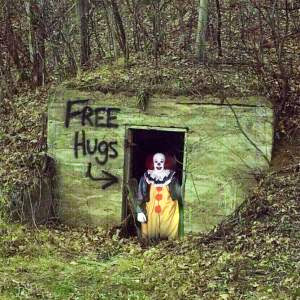 This had a similar impact to the feet sticking out the pool in our first picture-based lesson. The students’ divided opinions about the first picture suddenly united to ones of revulsion and horror. I then gave the option of choosing either picture and writing a story to go with it.

By this time, much of what we had been working on about structure, use of narrative tenses, self-editing and correction, peer checking and feedback and redrafting came without any prompting from me. Plus, they seemed to be making fewer errors and coming up with more ideas anyway. It all made for a less active lesson for me and a more productive one for them.

Blogs and links to explore
If you are interested in finding more inspiring ideas for making the most of images in class, check out these links: