Ask any decent musician what his/her influences are and you’ll get quite a wide variety of answers: different bands and performers past and present, different musical genres, mentors, managers etc., etc. In a similar way, this post has myriad influences starting with one of my recent favourites from Tyson Seburn’s blog about movies that have affected his approach to ELT and including the recent debate sparked by Gavin Dudeney’s questioning of the seemingly changing direction of Dogme ELT, which in turn evoked responses from Graham Stanley and Luke Meddings.

Anyway, onto the post. Last week, I had the pleasure of spending a few days in Istanbul with my wife, the main purpose of our visit being a concert given by two legendary names in heavy metal - Whitesnake and Judas Priest. While enjoying the music and taking in the show, I couldn’t help but start to see parallels with the world of ELT and particularly The Dogme Debate (signs of a further influence from one of Cecilia’s early works “Are you a teacher all the time?”) 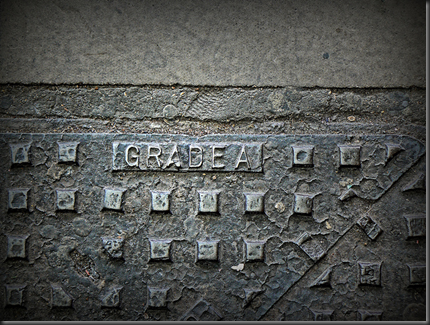 Heavy Metal and ELT: the similarities are there if you look hard enough! Image by maistora

Watching Whitesnake in the late afternoon sunshine, I recalled what they were like in their 1980s peak: big hair, layered synths and tight trousers abound! However, this over-the-top look soon came to be seen as, well, over the top and by the time I started to develop a serious interest in music in the early 90s, there was a kickback. Bands like Nirvana, Screaming Trees, Alice in Chains and Pearl Jam appeared and gone were the perms, leopard-skin spandex and extravagant live shows. Instead, the performers on stage looked no different from the fans in their faded jeans and old t-shirts and the concerts were less about the show and more about the music.

It’s also worth noting that one of the most popular music shows on TV at the time was MTV Unplugged, for which artists would go ‘back to basics’ and strip their songs back to the bare bones of acoustic instruments (no need to spell out the parallel there I think!)

However, as time went on, views started to change. As the bands who shunned the extravagance of the previous decade started to grow in popularity, they also got accused of ‘selling-out’ due to their regular appearances on MTV and stadium-filling world tours (granted, Pearl Jam stopped making videos and tried to boycott Ticketmaster but you get the idea…) Some of the bands also started to diversify, incorporating different elements into the music and having to deal with questions like ‘but is this grunge?’ or ‘is this still part of the Seattle Sound?’ as a result. Sounds to me a lot like the questions being asked of Dogme and its relation to technology, published materials and so forth these days!

I think such questions stem from two different aspects of human nature: first, is the perceived need to classify and label things and judge them in comparison to what has gone before. This inevitably leads to unanswerable questions like ‘is this really punk?’, ‘what is Dogme?’ and ‘weren’t we doing this back in the 70s?’. Second, there always seems to be a ‘kickback’ against something as it grows in popularity. It may be cool when it’s underground and known only to a few of discerning taste but once everyone is doing it or at least knows about it, we worry it has become too ‘mainstream’, lost touch with its roots or alienated its followers.

Having said all that, I did enjoy Whitesnake performing a very understated show with nothing but their logo as a backdrop and their classic songs to entertain. I also enjoyed Judas Priest and their lasers, fireballs and outlandish costumes. I should also point out that I do not view heavy metal as the equivalent of the ELT coursebook! It was more the general 80s fascination with hair, make-up and extravagance that I was thinking of.

In fact, there are also parallels between heavy metal and unplugged ELT (I guess there are parallels to be drawn between just about anything depending on how you think about it)! Both are misunderstood by outsiders (here, I equate “that’s just loud noise” with “that’s just a conversation lesson”); both, despite initial misconceptions, require a lot of skill (comparing the guitar playing skills of the heavy metal greats with the ability of the dogme teacher to respond to emergent language) and, in the words of Judas Priest frontman Rob Halford: “the great thing about heavy metal/dogme ELT is that you can do what the fuck you want” (OK, I added the dogme ELT bit

To conclude, there was one other event from the concert that reminded me of a major issue in ELT and education today. Earlier in the day, a Turkish heavy metal group Mezarkabul (known locally as Pentagram) took to the stage. Just as the lead singer had spoken of what a privilege it was to be on the same bill as two heavy metal giants, there was a noticeable drop in the volume of the music. The singer then informed us that an exam was taking place somewhere nearby and they had been asked to stop the gig until it was finished. By the time they got the all clear, their time slot had finished and they were unable to return to the stage, having performed just 4 songs. All of which goes to show, exams ruin everything!